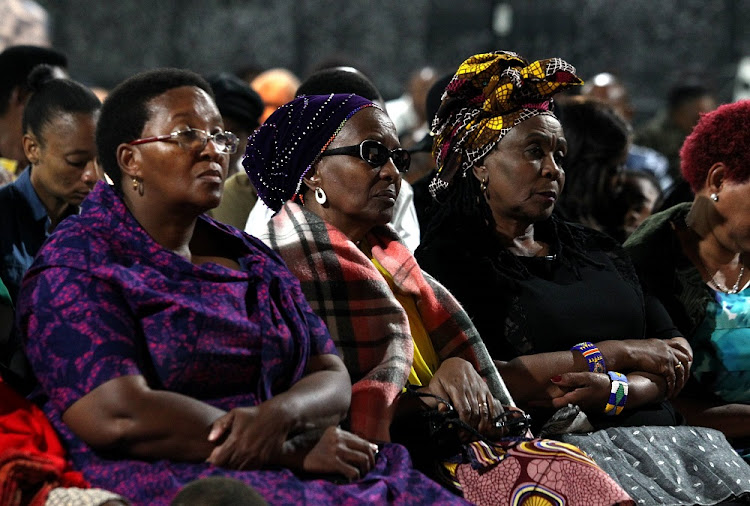 The actor‚ who was popularly known for his character Bra Eddie on the e.tv soapie‚ died last Wednesday in hospital after falling ill.

The Sasani Studios was packed to capacity as those close to Bra Sandy remembered his contribution to the acting world and to their lives.

Longtime friend and colleague‚ Jerry Mofokeng‚ struggled to fight back tears as he paid tribute to the veteran star.

Veteran actor was their pillar of strength
News
3 years ago

Jerry told mourners how he met Sandy through his wife years ago.

"Bra Sandy treated everyone with respect. From number 1 to number 6 on the Scandal! call sheet. Sandy was the only member of the original cast of Scandal! who was still standing. He was a gift‚" he said.

Actor Kagiso Modupe‚ who Sandy mentored‚ described him as a "pantsula for life."

"Bra Sandy taught me how to court a girl. He would watch the monitor when his fellow actors had kissing scenes and tell them stop focusing on the kiss & act!"

Kagiso added that Bra Sandy had a nickname for everyone because he wanted to show them they were special.

Kagiso said Sandy did not forget his lines or stumble through the scene.
News
3 years ago

Speaking to TshisaLIVE earlier this week‚ Bra Sandy's daughter‚ Keabetswe said they were in shock and were struggling to come to terms with his sudden death.

She said her mom‚ Grace‚ was devastated as they were married for 38 years.

"My mother is devastated. They were together for 38 years. She worked with him on screen before moving off screen. She is not taking it well. None of us are."

Keabetswe added that they believed he would get better and that it was all so sudden.

Bra Sandy's funeral service will take place on Friday (February 2) from 8am until 10 am. The veteran actor will be laid to rest at Heroes Acre in West Park Cemetery.

Jerry Mofokeng has been left emotionally shattered and numb after losing two long-time friends.
Entertainment
3 years ago
Next Article