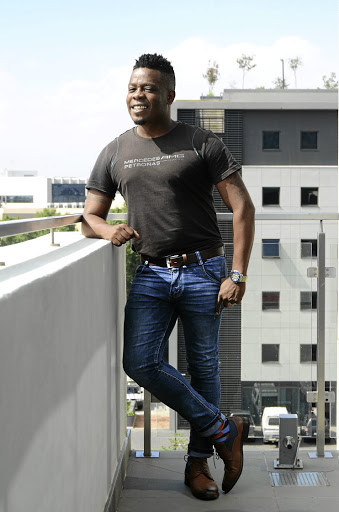 From Jamela, to Sgonondo and now JRoss, Jamela Vuma is a cat with many lives - and a testimony to boot.

Whether it's schizophrenia or a continual rebirth, for JRoss it feels like he's been through three lifetimes.

He came through the ranks as Jamela, a child wunderkind producer who created great music at just 16. He worked with greats such as his mentor Sello "Chicco" Twala, Brenda Fassie, Yvonne Chaka Chaka and Arthur Mafokate.

JRoss nibbled on the upper crust at an early age and performing in glitzy destinations such as Las Vegas, and all over the world.

After a stunning career he was seduced by the bright lights of kwaito of the early 2000s in Mafokate's legendary stable 999 Music.

Fuelled by heady nights of booze, drugs, women and sex, he was quite the thing as the mysterious Sgonondo, he of Amadragon dance fame.

He was invincible but truth is he was flying too close to the sun. "It got real with the gangster lifestyle. It felt like I had supernatural powers. It took me on a dark path," he reflects.

"It was amusing how women were attracted to me and my conduct led to a lot of disappointments. I lost respect for my family and colleagues. And the drugs got worse as I started smoking crack, that's the lowest you get before nyaope. R30000 would go up in smoke in one night chasing the first high.

"I lost myself and couldn't make music anymore. I'd be in a corner and just smoke."

A turning point came when Mafokate intervened and alerted JRoss's mother of his habit. She drove him to her family in Durban where he confessed to all. He managed to stop with the drugs for two years. But things went on the up again when he ditched Sgonondo for Jamela the R&B singer with a Metro FM Music Awards nomination. "My old friends were back and [along] came the peer pressure."

"My fiance, Meghan, told me that my problem could be sorted at the church and that's where we went to Midrand Impact Christian Centre.

"God spoke to me on that day. I even joined the worship team and forgot about my addiction," he says.

Walking into the interview room at Tiso Blackstar offices‚ Jub Jub wore dark shades and spoke quietly on his phone. Having watched most of his other ...
Entertainment
4 years ago

Last December, he started recording a gospel album and rebranded himself as JRoss, which is his middle name John-Ross. "It's been God throughout my life. I could have died, overdosed on drugs or contracted HIV, but He preserved me."

He credits fellow musician Kabelo Mabalane for his clean-up and mentoring after he defeated the demons of drugs in his past life.

Today JRoss has a new album out Living in Christ, in which he sings about his journey into the light and having God's presence in his life.

He is a regular in the SABC1 comedy Ses'Top La.

He is involved in the church, in fact lives in the premises, runs a kid's music academy where he teaches singing.

"I've lost fake friends and gained new friends of substance. Nothing feels better than where I am now."