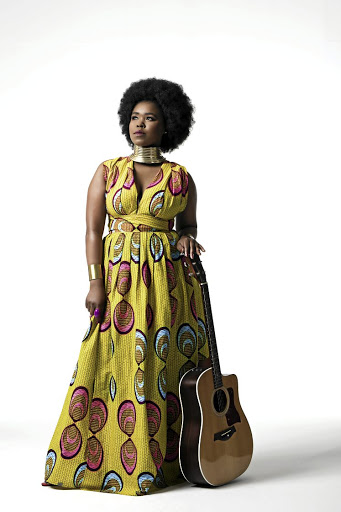 Zahara has a new album out. / Supplied

Multi-award-winning singer Zahara said she nearly threw in the towel and went back home to the Eastern Cape to look after cows and goats.

Zahara, real name Bulelwa Mkutukana, said she called her mother crying in 2014 informing her that she would be returning home to take care of her crops and livestock.

This after a series of stories in the media showing the Loliwe hitmaker in a negative light.

"I have chickens, cows and goats at home in East London. I even thought I could go back to busking on the streets. I could not take it anymore," she said.

She told Sunday World that at the time, she could not handle the media attention brought by the runaway success of her debut album Loliwe. She said she was even scared of going to the shops because she feared people would give her mocking looks.

"I don't know why the media was giving me so much attention. I don't know what they wanted from me because I did not do anything [wrong] to anyone," she said.

Multiple platinum-selling musician Zahara has proven with her new album Mgodi that she still got what it takes.In spite of the negative reports in ...
Entertainment
4 years ago

She said she feared that all the reports would hurt her parents and that was why she considered packing her bags.

"At the time when I decided to go home, I didn't care. I said they can take the car and the house, I don't care," she said.

After her mother convinced her not to make the drastic move, she channelled her anger and frustration into her music. Her recent and fourth album Mgodi describes the feelings she went through.

"Mgodi is about my life, about the many things that happened in my life. I felt like hiding in a hole where no one would see me," she said.

The 12-track Mgodi includes a song she wrote for her boyfriend Ian Sibiya titled Thembalam. Her face lights up when she speaks about him.

Award-winning musician Zahara is on cloud nine after her latest album Mgodi was certified gold within hours of its release on Friday.Warner Music ...
Lifestyle
4 years ago

The two started dating earlier this year shortly after she broke up with radio presenter Amaza Ntshanga.

"At first I was confused, I thought maybe Ian was just a rebound because I was single."

She said as soon as she could see the relationship was going somewhere she decided to go public because she considers herself a role model.

"I wanted people who look up to me to know that I am with another man because I broke up with the one they knew."

She said she will have children when she and Ian are finally married.

Zahara has revealed how her unique voice prevented her from making friends and led to her spending time at church where she sang.
Lifestyle
4 years ago
Next Article