Putting the bite back into your pocket with clever food savings

Lessen the burden of junk food on your purse and health

To deal with an inevitable uptick in prices without using credit to fund your lifestyle expenses, it’s better to cut down on your food expenses, especially if it makes up more than 20% of your budget. 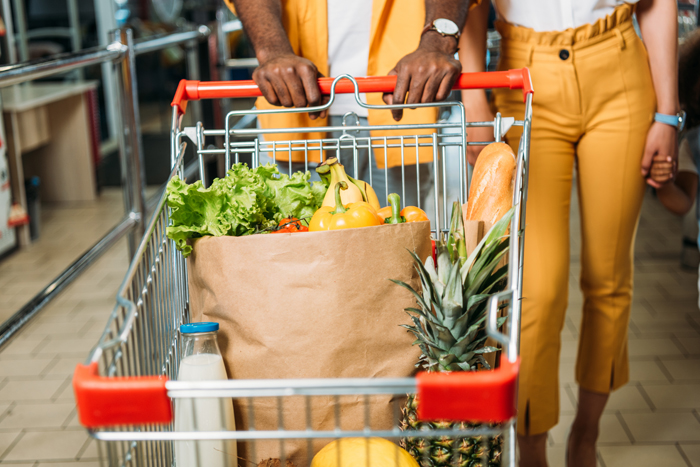 You can start saving on your food bill. Picture: 123RF

Although most households probably aren’t feeling the relief, food prices increased by only 2.3% year on year in February.

This excludes non-alcoholic beverages. If they are in your food basket, it would have gone up 2.9% year on year.

This means food got more expensive but not as much as other essentials making up the basket of goods that are monitored to determine the inflation rate. The official inflation rate for the year to the end of February was 4.1%.

Economists expect inflation to rise in the coming months due to higher fuel and electricity prices and a weaker rand, but the uptick in food prices is expected to be moderate.

To deal with this without using credit to fund your lifestyle expenses, it’s better to cut down on your food expenses, especially if it makes up more than 20% of your budget.

The Bureau for Food and Agricultural Policy estimates that an average family of four can expect to pay close to R3,000 a month for the 29 cheapest food items this year.

Going to the shop without a list often leads to a huge, unplanned shopping bill as you could be inclined to buy unnecessary items just because they seem cheaper due to clever store marketing.

Another wallet-assassin is shopping when you are hungry. Research has confirmed that high-calorie foods, which are often more expensive, are more tempting when your stomach is growling.

Eirka Ketterer, registered dietician at the Heart and Stroke Foundation SA, suggests a meal plan that includes grain, fruit and vegetables, milk products and protein and cutting out junk food.

“The misconception is that it is expensive to maintain a healthy meal plan but that’s simply not true.”

These measures, along with going back to the basics of cooking, could ultimately lessen the burden of junk food on your purse and health.

Citing statistics on SA’s expenditure on junk food, Naazneen Khan, wellness manager at Nestlé SA, says you can get many meals out of a bag of maize meal, a packet of rice and a bag of potatoes, whereas a takeaway meal is a once-off purchase.

Remember to shop only for items you need, not want – you can also shop online and collect to avoid impulse buys.

Invest to beat inflation or get poorer over time

It's known as an investor's worst enemy and the silent assassin of savings. It has even been called "public enemy number one". All these unflattering ...
Business
2 years ago

Teach your kids how to manage money from a young age

We all learn about how to handle money from our parents.
Business
2 years ago

Mastering you is probably the most important ingredient in your recipe to financial freedom because without the knowledge and proper mindset.
Business
2 years ago

Albert Einstein called the magic of compound interest, “the eighth wonder of the world”. He famously stated that “he who understands it, earns it, ...
Business
2 years ago
Next Article