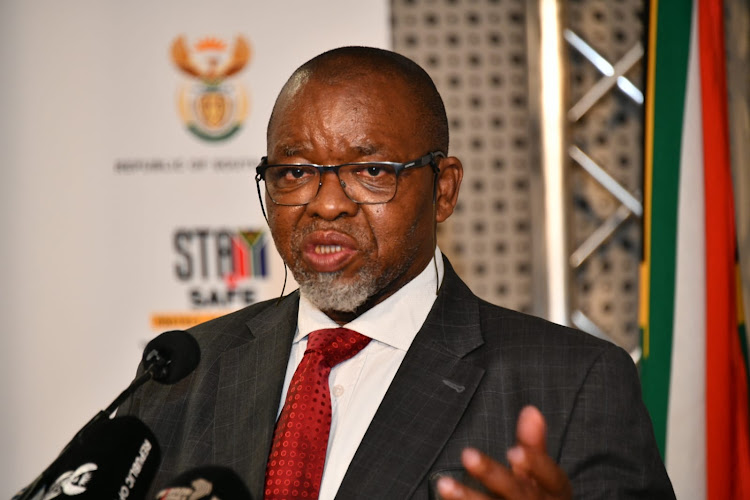 Minerals and energy minister Gwede Mantashe has lashed out against members of the public against Shell mining in the Wild Coast.
Image: GCIS

Environmentalists and others have protested against Shell's plans to start seismic blasting on the Wild Coast, home to some of the country's most undisturbed wildlife refuges, and a major tourist draw.

They say the blasting on the east coast threatens marine wildlife such as dolphins, seals, penguins and endangered humpback whales. Local people also fear the seismic surveys conducted over 6,000 square kilometres will kill or scare away the fish they depend on to live.

“I cannot help but ask myself, are these objections meant to ensure the status quo remains in Africa ... of energy poverty?” Energy Minister Gwede Mantashe told a news conference.

“Could it be possible that this is an extreme pure love for the environment, or an unrelenting campaign to ensure Africa and SA do not see the investment inflows they need?”

Shell is, for now, free to proceed with its seismic survey of the ocean off the ecologically sensitive Wild Coast after four environmental and human ...
News
1 month ago

Last Friday, a South African court struck down an application brought by environmentalists to stop the oil major exploring in the Wild Coast, rejecting as unproven their argument that it would cause “irreparable harm” to the marine environment, especially migrating humpback whales.

The US government last year declined to renew federal permits for fossil fuel companies to use seismic air guns off the Atlantic Coast, after objections from environmentalists and east Coast residents on similar grounds.

“There is now no conclusive evidence ... that seismic surveys have caused irreparable harm to marine life,” he said.

Environmental groups are urging oil companies to stop prospecting, arguing the world has no chance of reaching net zero carbon by 2050 even if only existing oil deposits are burnt. Earlier this year, a Dutch court ordered Shell to cut its carbon emissions by 45% by 2030 from 2019 levels.

But Mantashe said, “Oil and gas exploitation has been carried out for decades across other economies in the world ... Africa deserves an equal chance.”

Environmentalists are urging Shell and other oil companies to stop prospecting for oil, arguing that the world has no chance of reaching net zero ...
News
1 month ago

More than 100 people banged pots and brandished placards in front of a Shell garage in Cape Town on Saturday in protest against the company’s ...
News
1 month ago
Next Article