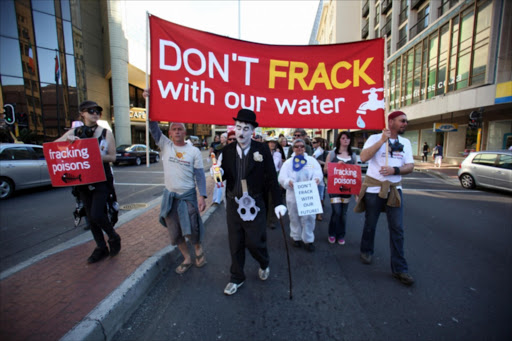 Poor infrastructure, the scarcity of water and a lack of skills in the Karoo, as well as public concerns regarding the potential environmental impact of shale gas operations are hampering development in the unconventional gas sector in South Africa, a report revealed.

Unconventional gas, a global phenomenon, a report by the World Energy Council in partnership with Accenture, was released at the Africa Gas Forum during the Africa Energy Indaba on Monday in Johannesburg.

Even though South Africa has significant potential for shale gas development, little progress has been made in exploiting these resources, the report said.

“Despite the potential and local need for new energy supplies, exploration and development have not yet made significant progress,” the report said.

Large reserves of shale gas have been identified in the Karoo basin, which alone could provide up to 4% of additional electricity requirements with no need for pipelines.

Shell as well as Chevron in partnership with Falcon Oil and Gas are currently exploring in Karoo, the report said.

“South Africa (which has the eighth biggest reserve of shale gas in the world) has the potential to become a major unconventional gas producer and should persevere despite the current low prices since gas is a long term game,” Christoph Frei, Secretary General, World Energy Council, said in a statement.

What SA needs to do for shale gas

“If South Africa invests in its infrastructure and develops local expertise that creates an enabling framework, then investment will follow and it can realise its full unconventional gas potential,” said Frei.

While South Africa needs more than 50GW of new electricity generation by 2030, it has committed to reduce greenhouse gas emissions by 34% by 2020.

A majority of its electricity mix is based on ageing coal power stations, a major culprit of these emissions. The Department of Energy is looking toward its Independent Power Producer programme and a controversial nuclear energy build programme to alleviate this need.

Recently, after the discovery of gas in Mozambique, the country boosted its energy mix to include more gas, which emits less carbon dioxide than coal power plants.

The Karoo shale basin is considered a good prospect of shale gas due to the presence of mature black shales, the report explains.

“Eskom officials also estimate that shale gas from the Karoo could be produced and directly absorbed by existing electricity networks up to 1 to 2 GW, with no need for pipelines, which enables progress even in the low price environment,” it said.

It explained that the development of shale will require stronger technical expertise in shale gas development.

“To improve market attractiveness, a new Infrastructure Development Bill was implemented to address the risks of expropriation,” it explained.

“However, a clearer stance on tax incentives and subsidies, and ownership of mineral rights should be taken and formalised to further attract potential partners and foreign investment,” it said.

The largest hurdles for Karoo, which means thirsty land, will be infrastructure development and water availability, the report said.

No coverage in Karoo basin

Sasol and Transnet own all significant pipeline infrastructure and there is no coverage in the Karoo basin, it said.

“While it appears some development will occur without major infrastructure investments, eventually infrastructure will be required to realise the potential of the basin in a sustainable manner,” the report showed.

“This will be exceptionally true for water management,” it said. “There is opportunity for shale gas to drive the development of road, pipeline, water management, and municipal infrastructure that could improve the services available to communities and build goodwill with the industry. The basin currently has poor road infrastructure.”

However, it warned that “there are significant local public concerns regarding potential environmental impact from shale operations”.

While environmental protests have focused on the Karoo for years, the focus recently shifted to KwaZulu-Natal, where Rhino Oil and Gas South Africa has seen huge resistance to its bid to explore 1.5 million hectares a gas reserves in the province.

Public meetings being held as part of an environmental impact assessment process have seen a solid wall of protest, as reported on News24 and in a special report on Sunday by Carte Blanche.

Shale gas moving beyond US

The magnitude and speed of change of shale gas production is expanding beyond the US market to China, Argentina and Algeria, which have similar potential, the report explains.

The World Energy Council's Resources 2013 chapter on natural gas predicted natural gas could reach 25% of the global energy mix by 2030.

“Unconventional gas supplies have the potential to reflect a substantial portion of that share and will continue to change the supply landscape for natural gas,” it said.

While there is potential for the development of unconventional gas in Algeria and South Africa, offshore projects in East Africa may win in the race for funding in the region, the report said.

“Natural gas discoveries in recent years in Mozambique and Tanzania appear very promising to the industry,” it said.

"If policymakers in the region are successful at regional cooperation and energy system integration, sub-Saharan Africa could emerge as an important new hub for natural gas that serves as an intermediary, connecting North America and Asian markets, and feeds growing demand for energy within Africa," explains the report.

"This enables the development of strategic infrastructure, limits the need for fossil fuel imports in the region, and provides some protection for the continent against commodity price volatility."

Is this the ‘Golden Age of Gas’?

However, the report explains that in 2016, the role of natural gas in the global energy mix appears uncertain.

“The so called ‘Golden Age of Gas’ is no longer in sight,” it explains. “Economic, geopolitical, and policy constraints have slowed demand growth in Asia and led to a decline in demand in Europe.

“On the other hand, suppliers in Australia, the Middle East, Africa, and North America who bet on old forecasts for Asian demand growth are bringing plenty of new supplies to the market.

“In shifting the supply structure of the global market, unconventional gas may compliment the actions of key actors by increasing transparency, competition, and reshaping the economics of natural gas,” it said. “

“This will enable the confidence for investors to develop the infrastructure required for the reliable and safe use of natural gas as a fuel source for the long-run."