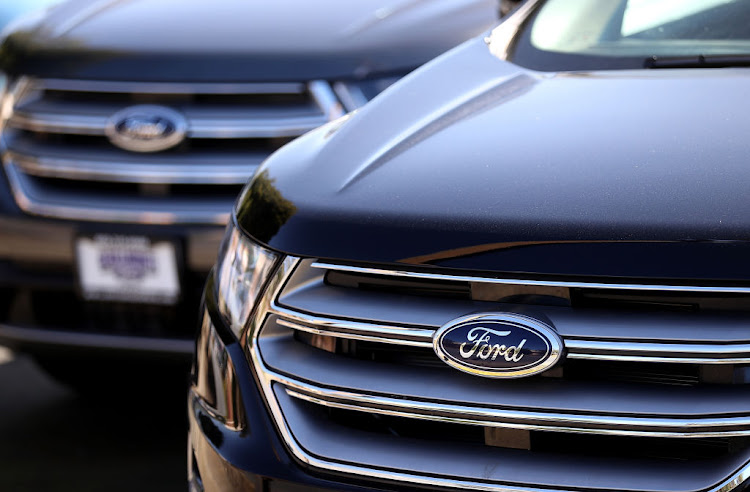 Ford said on Thursday it will recall 3 million vehicles for air bag inflators that could rupture, at a cost of $610m (about R9,143,033,800).
Image: Justin Sullivan/Getty Images

The National Highway Traffic Safety Administration on Tuesday ordered Ford to issue the recall for driver-side air bag inflators, rejecting the automaker's 2017 petition to avoid it.

The defect, which in rare instances leads to air bag inflators rupturing and sending potentially deadly metal fragments flying, prompted the largest automotive recall in US history of more than 67 million inflators. Worldwide, about 100 million inflators installed by 19 major automakers have been recalled.

The latest recall includes 2.7 million US vehicles. Ford will include the cost in fourth-quarter results.

The vehicles were previously recalled for passenger-side inflators. “We believe our extensive data demonstrated that a safety recall was not warranted for the driver-side airbag. However, we respect NHTSA’s decision and will issue a recall,” Ford said.

Takata inflators have resulted in at least 400 injuries and 27 deaths worldwide - including 18 US fatalities, with two in previously recalled 2006 Ford Ranger trucks.

Ford separately disclosed on Thursday it expects to record a pretax remeasurement loss of $1.5bn (roughly R22,485,060,000) in the fourth quarter, related to pension and other post-employment benefits plans, driven by lower discount rates.

Ford said the remeasurement loss is expected to reduce net income by about $1.2bn, but did not change expectations for 2021 pension contributions.

These were SA’s top-selling vehicles in a turbulent 2020

The Toyota Hilux retained its top overall spot in a year when sales dipped 29.1%
Business
4 months ago
Next Article