Career stitched up in childhood 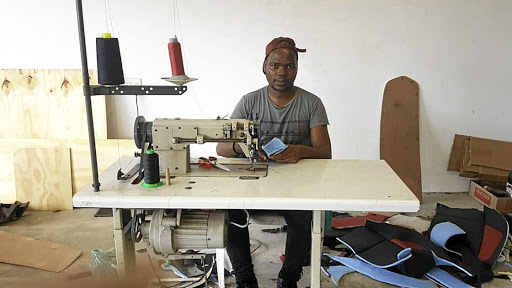 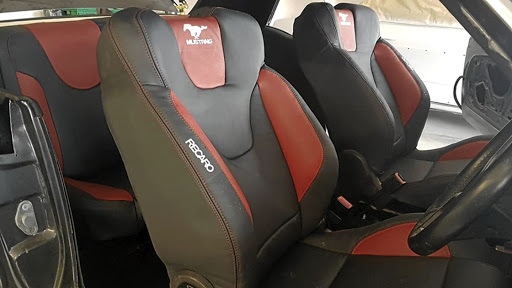 Lindani Khathi learnt sewing skills from his mother as a young boy and has never looked back.

Now the 30-year-old from eMatikwe in Inanda, a township north of Durban, runs a successful business making car seat covers.

He was exposed to sewing when he was a nine-year-old grade 3 pupil and now uses his skill to make seat covers and covers for car interiors using years of experience he gained from sewing clothes with his mother Bathobile Hadebe, 68.

Growing up in a disadvantaged village without many opportunities did not stop him from making a name for himself. "I was raised by a single parent who mothered and fathered me and my siblings against all odds," said Khathi, adding that though they struggled, they never went to bed on an empty stomach.

"I had anger while growing up and watching my mother suffer and struggle to provide for us as my father went awol.

So, I decided to commit myself to her sewing business and assisted her with the money at home," Khathi said.

He said his mother went to a sewing school in the 1980s and always brought fabric home.

"So one day in 1999 while she was asleep, I decided to explore with her sewing machine and the leftover pieces of material."

He said his mother heard the machine running while asleep and woke up to watch him while he was not aware of it.

"I heard her clear her throat behind me and I was so scared. I thought she would shout at me but she gently held my hands and worked with me through the night."

Khathi said before he knew it, he was sewing clothing and church gear for the whole village. He was employed at a factory that made couches a few years ago.

"I learnt the basics of working with seats there. I then taught myself how to cover car seats [using] an old car and never stopped since then."

Khathi, who recently started a new job as a security guard, said he was making extra income by sewing car seat covers over weekends.

Thought of being pilot but art prevailed
Business
1 year ago

"I want to make more cash from my day job to build my empire in giving cars a face lift," Khathi said.

He said his customers show off their revamped car seats and that increases the number of orders he gets. Khathi's work has been praised on social media.

"I can manage to do two cars a day because my machine is small and I work alone since I cannot afford to employ anyone at the moment," he said.

The father of two aspires to grow his business so that he can employ other people.

"There are very little opportunities here. People should invest in their talents and believe in being entrepreneurs. It's possible, especially if you're hungry for success and determined to get out of poverty."

Khathi charges from R5,500 to modify fabric car seats to leather on smaller cars and five-seaters. "Although I can make up to R10,000 a day, the money goes back to buying material and maintaining equipment so I'm working to get a bigger place and bigger machines."

Khathi works from his mother's kiosk at a local taxi rank.