Does cheating cost you in a divorce? 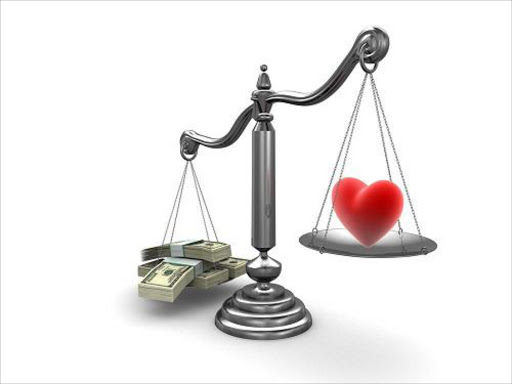 How do the courts handle it, and what if you signed a pre-wedding contract...?

Cheating spouses are constantly in the headlines. While there seems to be an endless appetite for stories about infidelity involving celebrities or those in the halls of power, in most cases divorce courts couldn't care less.

The price tags on affairs that blow up a marriage come out of negotiated settlements.

This is because in states with no-fault divorce laws - which allow people to divorce without having to document specific reasons the marriage went south - courts aren't looking for blame. So affairs and other disasters of the heart don't matter.

Financial awards usually just come down to formulas. And while it's impossible to pinpoint exactly how many divorces occur because of cheating, it's considered commonplace and courts are inured to its impact.

"I think it's probably present in at least half of divorces," says Randall M. Kessler, a family lawyer in Atlanta.

Take the case of Silvana Roncal, an independent financial consultant in Miami. She caught her husband in a compromising position in the middle of the night with their live-in nanny three years ago, and she thought her life couldn't get much worse.

But it did. "It was a very emotional time," says Roncal, who became severely depressed as her 18-year marriage fell apart. "I left my job, saw my house go into foreclosure, declared bankruptcy and everything went down the drain."

Think a hefty alimony might be a fitting punishment for the pain of her husband's affair? Hardly.

Roncal, a 54-year-old mother of two, wound up paying spousal support of $2,500 per month to her ex-husband, who never worked during their marriage and is still without a job.

"Florida is a no-fault state," says Roncal. "They don't care about what happens during the marriage."

Outside of the court system, where 95 percent of divorces are settled, infidelity can matter a lot. Here's how:

1. If the parties have signed a prenup:

Some prenuptial and postnuptial agreements already consider a possible affair. "They'll often read that in the event one of the parties cheats, the award will be X dollars a month higher," says Robert Wallack, a matrimonial attorney in New York. "I had one case where a contract stated that if the husband cheated, and if the wife could prove it, she would control his real estate holdings."

And, indeed, Wallack's client became quite the real estate magnate.

One cautionary note for spouses very angry about cheating: Don't let emotions get out of control. Fighting to prove a point or assess punishment will just cost more. "The legal professional will get a lot of that money," says Alan Frisher, a certified divorce planning adviser in Melbourne, Florida.

Roncal can attest to that. Because she was the main breadwinner, she ended up depleting her assets in a legal battle with her husband, and then settled, rather than spend even more to go to court.

But she regrets it now and offers this advice: Get a really good lawyer or a mediator to help negotiate how much alimony you'll receive or pay out.

2. If the cheater has spent a lot of money on the paramour:

"I had a situation where a husband rented an apartment to conduct an affair," says Wallack. "It cost $5,000 a month, and he rented it for two years."

The wife ended up getting $120,000, on top of her alimony to compensate for that expenditure.

For these kinds of cases, documentation is important, but be careful how you document. Arianna Jeret, a divorce mediator in Redondo Beach, California, warns that many spouses learn about affairs by sneaking into the cheating spouse's email or Facebook account.

"This is essentially considered hacking and could actually put the non-cheating spouse at risk for criminal litigation," she says.

Frisher adds: "Money typically has a trail, and you can get a forensic accountant to find evidence. But that can take a lot of time and expense, so it better be worth it. Otherwise it can end up costing you a lot more to get your retribution than it was actually worth."

3. If there's been extremely poor conduct or some type of abuse:

To win on this score, the conduct has to be outside the bounds of normal decency, says Wallack. "If a husband flaunts his affair in his wife's face, or it can be shown he was ignoring his kids and other family responsibilities, that might be a contributing factor," he said.

While the financial impact might not be punitive, this kind of conduct can push the numbers, Wallack says.

So if a husband with deep pockets has cheated on his wife, and she is looking to receive anywhere from $10,000 to $13,000 a month, Wallack says a sympathetic settlement might end up with the man paying on the higher end of the scale.

(The author is a Reuters contributor. The opinions expressed are his own.)