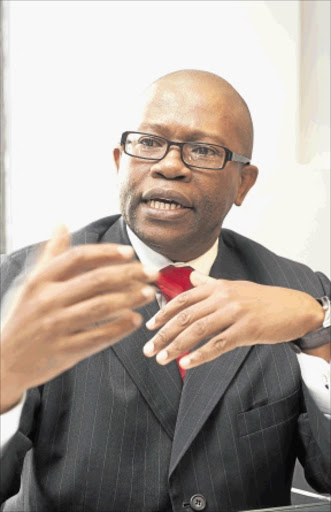 The audit firm has been appointed for five years at a cost of about R70-million a year.

This was the first time in South Africa that a local, black-owned firm would handle the entire audit account of a company the size of Transnet.

In its previous financial year, Transnet's annual revenue was R38-billion with audit fees of just over R60-million, making it one of the biggest audit contracts in South Africa.

Gigaba said the transformation of the accounting industry remained a "sore point in our democracy and society".

The sector was still dominated by white South Africans at 89%, while black Africans represented only about 3%.

The minister said he had asked the boards of all state-owned enterprises to review their transformation progress.

Where it was time to rotate suppliers, their choice of a new incumbent should be determined by the empowerment agenda, he said.

"We looked at the independence of people, their ability to do the work, the price and their transformation credentials," Moyo said.

SizweNtsalubaGobodo would provide a team of 150 people to the Transnet project.

Gigaba said the appointment of SizweNtsalubaGobodo took place at a critical time as Transnet was rolling out a R300-billion capital investment infrastructure programme over the next seven years.

The firm was chosen out of three bidders based on technical ability, black economic empowerment and price.

Gigaba said his department was going to be hard on transformation with all parastatals.

He said the idea was not for the big four accounting firms - PricewaterhouseCoopers, Deloitte, KPMG and Ernst & Young - to be denied work.

"We want to challenge the big four to transform... when they set up teams to audit state-owned companies we are going to insist on transformation."

Gigaba said government had made it clear that state-owned enterprises must play a critical role in skills development, improved local procurement and supporting transformation objectives.