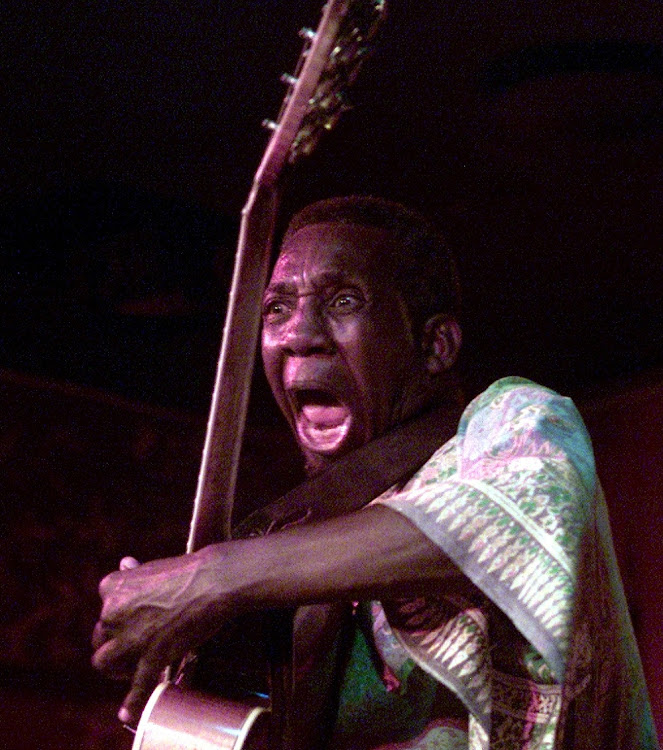 Tabane, 84, died at the Mamelodi Hospital after being admitted two days earlier for an advanced age-related illness.

The artist, who is widely respected for his creative genius through his Malombo music, was the producer of music for Muvhango since its inception.

One of his songs Muvhango, was the theme song of the soapie shortly after it was launched in 1997.

Tabane's official biographer and journalist Lucas Styles Ledwaba said it was difficult to accept that Tabane was no more.

"He has run his race and he left us with a rich legacy even though it is difficult to accept that he is gone. He is resting now, he suffered a lot in his last days," said Ledwaba.

Ledwaba, who met Tabane around the year 2000 while he was a young reporter, said: "I was introduced to him by his late manager Arabi Mocheke. I had been following his music for a long time before that.

"He didn't trust easily because of how the music industry treated him. So it took long before he started opening up to me.

"I also toured with him a lot around the country and into neighbouring countries as part of my research."

After abandoning the project before the book was published due to a number of reasons, including a lack of funding, Ledwaba has vowed to blow the dust off the manuscript and complete the project. "I will do it in honour of both him and Mocheke. Musician Sello Galane also wrote a doctoral thesis on him when he was studying at the University of Pretoria."

Ledwaba said Tabane was never the same after his wife Thuli passed away in 2006.