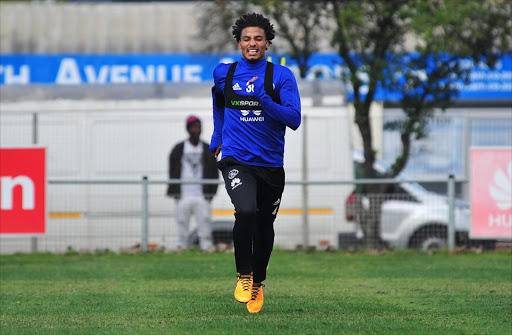 New Mamelodi Sundowns defender Rivaldo Coetzee became the most expensive footballer in the PSL following his transfer from Ajax Cape Town to the Brazilians.

Sundowns set a new transfer record involving local clubs when they landed the signature of the 20-year-old on a mega-deal from the Urban Warriors. The historic deal was wrapped up hours before the close of the transfer deadline on Thursday night.

Sunday Worldhas it on good authority that the new transfer record between PSL clubs is in the region of R12-million. The new benchmark eclipsed the previous record of R10-million Sundowns forked out for the services of midfielder Sibusiso Vilakazi from Bidvest Wits.

An insider to the deal revealed: "This deal is just a bit more than the one for Vilakazi. It's definitely a first for South African football."

Coetzee's agent Mike Makaab would not divulge the exact figure but did confess that the deal was ground-breaking.

"This is our own Neymar deal. In football there will always be that remarkable deal and this is one of them," Makaab said.

"We must welcome these deals in football as long as it's sustainable. It shows that our game is at a good space and it has a healthy market."

It took three days for the deal to be concluded following the collapse of Coetzee's proposed move to Glasgow Celtic due to a bone defect discovered in his right foot.

The deal was in the bag and subject only to a medical examination for which Celtic had flown their own specialists to the country to do an MRI.

"Once transfer with the Scottish champions was cancelled, Sundowns engaged Ajax.

"Sundowns agreed contract terms with the player while also meeting the demands of Ajax on an appropriate transfer figure.

"My son [Mike Makaab Jnr] is the one who ran with the deal. It was a great team effort.

"We had very little time but the deal was finalised.

"Rivaldo was extremely happy after the disappointment of having the other deal fall through.

"One never knows how long the rehabilitation will take but we have seen a number of specialists and they all say he will make full recovery within a few months."

Meanwhile, the departure of Lebogang Manyama from Cape Town City to Turkish outfit Konyaspor is said to be in the same region although figures were not disclosed.