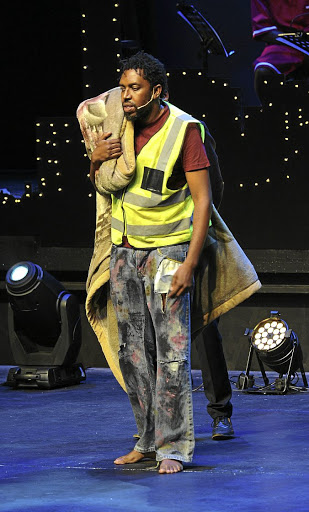 Shwa was chuffed when she got an invite to the "gala gathering" of the third International Comedy Festival. She rocked up in her David Tlale creation and as it turned out, there was dololo gala. It was just another street bash without food and drinks. Sies man!

Shwa was looking forward to seeing the festival open with a Pure Monate-esque satire show called This is SatAfrika led by Kagiso Lediga himself.

What an anticlimax. The show wasn't brave enough and didn't push boundaries. Yawn!