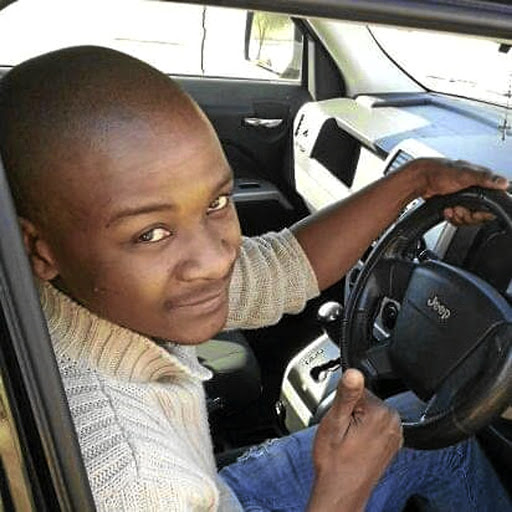 Napo Masike was arrested for killing his sister's friend. Two more women say he raped them.

The man accused of allegedly strangling his sister's friend to death after she refused to have sex with him is facing two separate rape charges.

Sunday World has learnt that murder accused and IT student Napo Masike was wanted in his home country of Lesotho for a 2016 rape case while police in India were also hunting him for a similar crime that happened in the same year.

The two female victims came forward after reading a Sunday World report about Masike, 25, in which he was accused of killing the 40-year-old woman two weeks ago.

The women, who cannot be identified as they were victims of sexual crime, filed statements with the investigating officer handling Itumeleng Tsenase's murder case during Masike's court appearance in the Alexandra magistrate's court last week.

Lesotho police spokesperson Mpiti Mopeli confirmed that a case of rape was registered with the police against Masike.

"We do have a case of sexual offence against Napo Masike at Thamae police [station] that was opened in March 2016. The case is complete pending the arrest of the suspect, [who] allegedly fled the country before he could be arrested to answer to a rape charge," said Mopeli.

The victim told Sunday World she opened the case against Masike in March 2016 after he allegedly overpowered her and raped her at her home.

She said he pulled her with her hair and strangled her until she gave in when she could not fight back and defend herself.

"Napo ran away from Lesotho after hearing that the police were looking for him.

"The police never found him and when we asked them why he was not arrested, they said he had fled the country," she said.

The 27-year-old woman said she was shocked when she read about his arrest in South Africa for allegedly killing a woman.

"My family was also devastated to read the story. They said they were grateful because if I had resisted, he could have done to me what he did to the lady he killed ," she said.

Man bust for killing woman after she turned him down.
News
2 years ago

She said she was urged by her parents to come to South Africa to attend Masike's bail hearing so that she could see for herself if indeed the man in the dock was her alleged rapist.

"I have been struggling to sleep ever since the incident, and the thought that he was out there, made me feel unsafe whenever I had to go out of the house," she said.

The other victim, who is currently residing in SA, said she was raped by Masike in New Delhi in September 2016 when they were students at Punjab College of Technical Education.

The woman, 23, also told Sunday World that Masike allegedly strangled her until she gave in and then he raped her.

She said Masike fled the country after the incident and came back to South Africa.

Sunday World has seen a letter which was written by the college detailing the alleged rape.

The letter was authored by the college's chairperson and director-general Dr KNS Kang and reads, in part: "This is to certify that there was a rape case which occurred on the 3rd September of the year 2016 at 12:20am whereby Napo Francis Masike raped (name withheld). The case was registered in Sadar police station, Ludhiana, with FIR no. 140 on 4th September 2016 and to the school by (name withheld) for the arrest of Napo, but Napo was nowhere to be found.

"It was later indicated through Napo's roommate that he is on his way to the Lesotho embassy in India, and whereby he never came back.

"The police and the school kept searching for him but then the following morning it was found out that Napo ran away from the country and up to date Napo's rape case number 140, registered with local police, is still pending."

Midrand police spokesperson Thabiso Selowa said they couldn't comment on the latest developments as their investigations were still ongoing.