IT shows the way forward 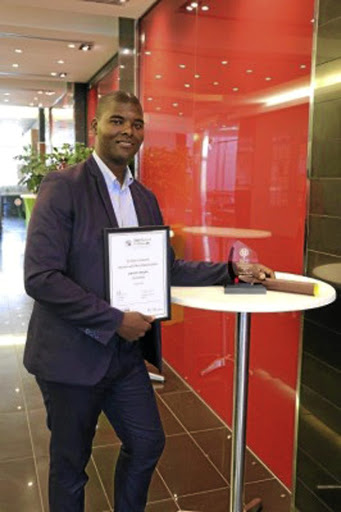 Vincent Zokufa is the owner ofConnectUs which provides IT training and support to schools in Cape Town.

A social entrepreneur from eBhayi in the Eastern Cape is carving a business niche for himself in the world of IT at school level in Cape Town.

Vincent Zokufa uses his small business called ConnectUs ICT to provide training and support to township schools by using their IT resources more effectively, but also maintains and fixes desktop computers that are broken and no longer in use.

Zokufa said his vision was to ensure that no pupil leaves school without the basic IT skills needed for employment or for coping with tertiary studies.

"My journey to becoming an entrepreneur working with schools is a long one.

"Initially I wanted to study law. But in my second year I realised I was more fascinated by the world of IT and the numerous opportunities it brings," he said.

"I had a bursary to study law but it fell through when I did badly and did not qualify to continue in 2006 because I was spending too much time amassing knowledge in IT."

Zokufa said after realising he had fallen in love with computers he did short courses and was using an old scrap computer as he could not afford a new one. He said he sat down and thought about the situation in which he found himself.

"I sincerely believe if IT studies were offered at an early age at schools I would not have been in awe at tertiary.

"Computer literacy is minimal at primary and high school level. Even teachers don't have enough knowledge despite the schools being equipped with IT labs. They are not used optimally."

Shange has no price tag for his modernist, priceless creations.
Business
2 years ago

Zokufa said he worked for a courier company for two years while studying for a diploma in IT as he could not afford the fees for a degree.

Thereafter he worked at the Bargaining Council as a clerk but soon realised there was no room for growth and resigned.

The IT fundi said he quit the clerical job to focus on becoming an entrepreneur, attending business workshops and seminars, mentorships and coaching while doing IT internships.

In 2011 he was fortunate to attend the Spark* Internationals business accelerator that he regards as life-changing. It opened his mind and his outlook towards entrepreneurship. In 2014 he became the programme's ambassador.

Zokufa laments the situation of computer literacy that he thinks should be made a compulsory subject at schools.

"Many matriculants who cannot afford to study at tertiary level should leave school empowered with basic computer administration to get employment as clerks and so on."

Today, the IT entrepreneur works with a number of no-fee and low-fee schools fixing their computers and is content with seeing more pupils being computer literate more than the money and remuneration due to him for his work in Eerste River and Khayelitsha.

Thought of being pilot but art prevailed
Business
2 years ago

He said they also visit shools with no computer labs to set up makeshift labs as the department of education was financing the programme through the schools.

"We find schools in township areas have IT labs and infrastructure, but no specialist to look after it and a situation where most of the equipment is not working, often due to minor issues but no one knows how to fix it."

Zokufa's ConnectUs ICT schools computer literacy and maintenance was formally registered as a business in 2017, the same year he was inducted into the Stellenbosch University small business programme. He is presently receiving incubation with Black Umbrella and his business has created employment for six people, who are doing website and content development at 12 schools.

Zokufa was among 27 small business owners from greater Cape Town who graduated from the sponsored Small Business Academy programme of the University of Stellenbosch Business School last year.

In 2018 De Beers Business honoured him with the Most Potential for growth business award.