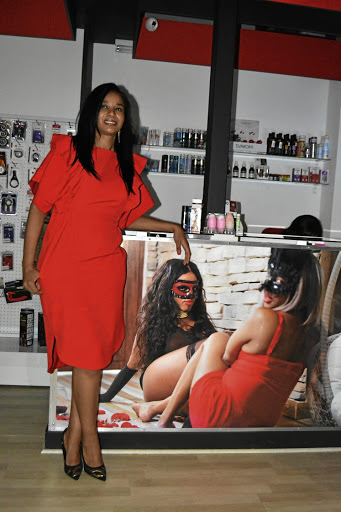 Mmathabo Ndlovu is the proud founder and owner of G-Spot adult shop which opened it's doors to Sowetans last month.
Image: Amos Mananyetso

For those whose bedroom problems might be too small or too big for the Chris Hani Baragwanath Hospital to care about, don't despair.

And even for those who do not believe in the magic of umhluzu (gravy from cooked cow head meat believed to have aphrodisiac properties) from across the road at the taxi rank, there is a new solution for your sex nightmares.

Soweto's second, but now only adult shop, G-Spot, quietly opened its doors last month and, according to its owner, sales have been swelling.

G-Spot founder and owner Mmathabo Ndlovu was quick to point out though that she was not only in the business to make bumper profits but was also on a crusade to change the perceptions around the business.

Ndlovu, who set up her swanky shop at the popular Irvin Khoza Centre across the road from Africa's biggest hospital, said she had been toying with the idea for many years but only had the balls to establish it this year.

She said while her aim was to penetrate the township market, she also wanted to educate residents about the importance of sexual health and wellness. 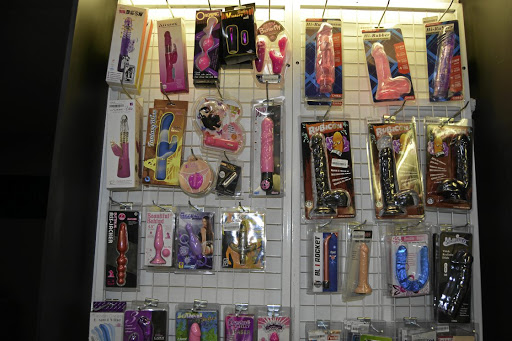 "If you look at our offering, it is not only about sex toys and sex-enhancing aphrodisiacs," she said during an interview at the shop this week.

"We also hire out the shop as a party venue for events such as bachelor and bachelorette parties, as well as bridal and baby showers.

"The target market in my head is women. I would like this to be a place for women, where they can come and talk about things that they don't normally get to discuss at weddings or around water coolers at the office," she said.

Ndlovu added: "Sexual wellness is very important in many aspects. It is part of a happy relationship or marriage, but it also is part of mental health therapy. A lot of people end up suffering from depression because of problems in the bedroom, most of which are just perceptions.

Sexual wellness is very important in many aspects.

Ndlovu, who is married with two children, said she hosted her first event at the shop two weeks ago and it was a success.

"What I did when we started trading is that we designed feedback forms where customers write down their comments or suggestions.

"So I invited some of those customers as well as some of my friends to a 'sip-and-see' event where we just talked about sexual wellness over a glass of wine.

"Most of our customers are people who have not been exposed to adult shops before, so this event gave them an opportunity to see all the products we have and ask questions," she said.

Ndlovu said one of their hot sellers is a male sex drive potion called Uthando Oluqinile.

"Maybe because our customers can associate with its name."

She said she finally left her marketing job early this year to focus on her new adventure. 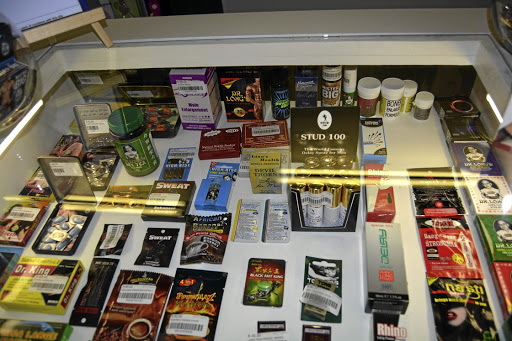 "I did my research, I even looked for owners of Soweto's first adult shop which was opened in 2011 but has since closed down.

"I spoke to one of the owners. After that, I was convinced that there was a market.

"I then went to one of the country's big players in the market, Luvland, but they were not interested in franchising. Fortunately, one of their directors, Patrick Meyer, agreed to mentor me and show me the ropes of the industry."

Ndlovu, who was born and raised in Rockville in Soweto, said her mother was first shocked at the idea but was now "my biggest supporter".

"I guess because she is from the old generation. She was first concerned about the taboo around this kind of business. But, as an entrepreneur herself, she came to understand my passion."