Brickz is back in prison 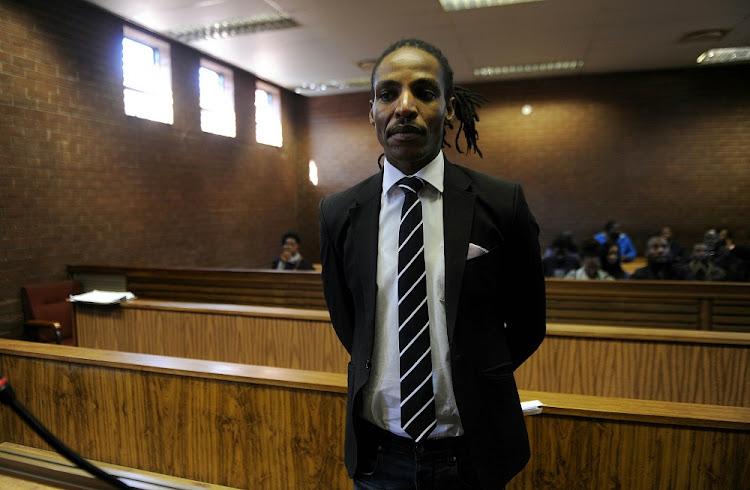 Kwaito star Brickz was on Friday ordered back to prison by the NPA after he lost his appeal on Wednesday.
Image: Veli Nhlapo

Disgraced kwaito star and rape convict Brickz has been ordered back to prison by the National Prosecuting Authority (NPA).

Brickz, real name Sipho Charles Ndlovu, was instructed to report to the Krugersdorp Prison on Friday after he lost his appeal in the South Gauteng High Court on Wednesday.

NPA South Gauteng spokeswoman Phindi Mjonondwane said: "We can confirm that Brickz was ordered to avail himself at the Roodepoort Clerk of the Court on Friday at or before 12pm where he would be taken to the prison authorities to resume his 15-year prison sentence after he lost his appeal on Wednesday.

We are glad that the High Court confirmed the decision of Roodepoort Magistrate's Court. We held the view that the presiding officer's findings were not misdirected but were in fact consistent with the law.

Brickz was released on bail in April after paying R80000 in the Roodepoort Magistrate's Court pending the appeal against his rape conviction.

Brickz was found guilty of raping his then 16-year-old relative at his rented house in Northgate, north of Joburg, in 2013 and was sentenced to 15 years in prison last year.

Brickz could not be reached for comment before he went back to prison.

Brickz says that his behind bars allowed him to work on new material and made him musically untouchable.
News
3 years ago

His lawyer Piet du Plessis confirmed that Brickz was requested to hand himself over to the prison authorities to begin his jail sentence.

He said the Sweety My Babe hit-maker will appeal the verdict in the Bloemfontein Supreme Court of Appeal.

"I have already received instructions from my client to apply for special leave to appeal in the Bloemfontein Supreme Court of Appeal.

"Once that has been granted we will appeal the matter and he will be released on bail again pending the outcome of the appeal," he said.

Du Plessis said he would finish the application in two weeks. "We have about three weeks to file the application but we will do it sooner. I'm optimistic that the Supreme Court of Appeal would [rule] differently. We were not happy with the assertion of the judge about a certain section as I indicated in court and we are disappointed in the outcome," he said.

"Ndlovu handed himself over to officials at Krugersdorp Correctional Facility on Friday to commence serving his sentence."