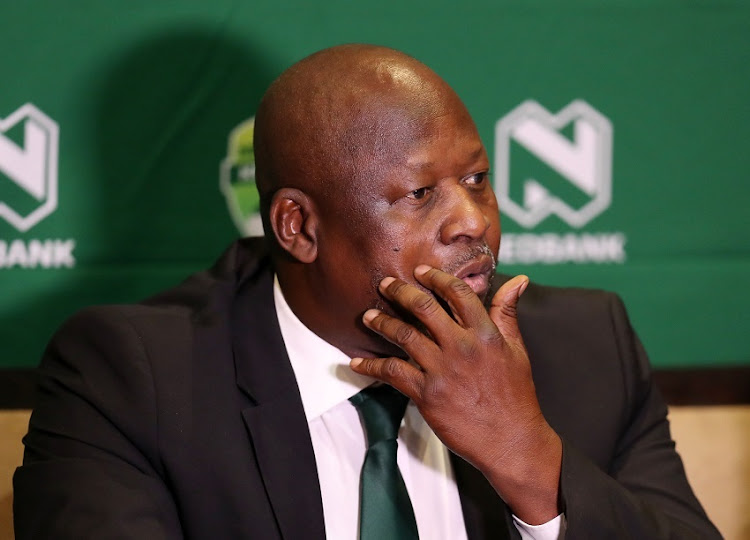 Sunday World can reveal that Mangena, who is an SABC soccer analyst, had allegedly robbed the cradle when he sired a love child with a woman who is 37 years his junior.

Mangena's wife, who was shocked to learn of her husband's makhwapheni and the child, declined to comment when we spoke to her outside their home in Liefde en Vrede, south of Joburg on Friday.

"You said the woman's name is who? I don't know about her. I am Mrs Mangena and you say Mr Mangena has a child with another woman, so where do I fit in there? Speak to him and leave me out of it," she said.

Mangena, 60, couldn't be reached for comment as he ignored our phone calls and text messages.

The explosive tidbits, which were kept hush-hush, spilled out into the public domain when the 23-year-old woman dragged Mangena to the Palm Ridge Magistrate's Court after she accused him of being a deadbeat dad.

Mangena's baby mama, who cannot be named to protect the identity of their one-year-old, took him to court after he allegedly told her to "voetsek" when she asked for money to take their daughter to the doctor.

The baby mama, who lives less than a kilometre away from Mangena, said she met the former Moroka Swallows owner when she was walking to Chrisville, where she was living, about two years ago.

"He was driving a Merc and offered me a lift. We then exchanged phone numbers and after communicating for a while, we hit it off," she said.

She said the Nedbank Ke Yona talent search coach dribbled his way into her panties when he told her that he had divorced his wife.

Presenter makes light of absence
News
3 years ago
Next Article