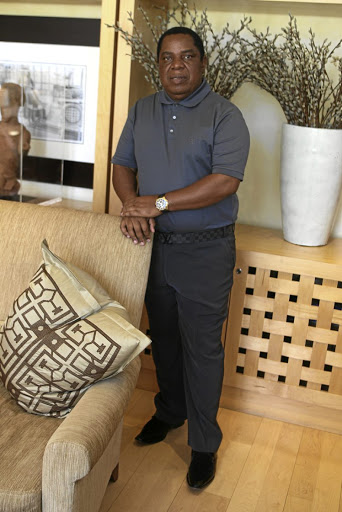 IT tycoon Robert Gumede is set to square up in court against City of Joburg mayor Herman Mashaba over IT tenders worth close to R1-billion.

The two heavyweights will lock horns in the South Gauteng High Court in Joburg after Gijima, an IT company wholly owned by Gumede's Guma Group, filed two court applications against the City of Joburg challenging the appointment of three service providers on three tenders worth R410-million, R415-million and R95-million respectively.

According to court papers seen by Sunday World, Gijima claimed that its evaluation points were given to two IT companies, EOH Mthombo and Dimension Data, to help boost their success in clinching the two major IT tenders by City of Joburg officials who were part of the bid adjudication processes.

The Midrand-based company, according to its chief operating officer Moses Maphumuza Nxumalo's affidavit, states that they attempted several times, through numerous letters to the city and its mayor, to establish the outcome of the tenders which it bid for, but to no avail.

In the affidavit, Nxumalo also revealed that in the R415-million tender for SAP implementation, Gijima scored only one for enterprise-wide architecture at a bid price of R12-million on June 8 2016.

However, they said they did not receive any information about the three other tenders linked to SAP implementation worth a combined amount of R394 -million.

In the documents, Gijima said it reached out to the city's municipal manager, Dr Ndivhoniswani Lukhwareni, and Mashaba, but said despite promising to intervene on the matter, they never provided any feedback.

The documents further state that Gumede also met Mashaba and Dr Lukhwareni on October 11 2017 to enquire about the outcome of the tenders.

It is stated that Ishwar Ramdas, then acting CFO and programme director, promised to furnish them with the relevant documents on the same day but he too failed to honour his promise.

City of Joburg spokeswoman Nthatisi Modingoane said they had not received papers.

"It therefore is not possible for the city to fully respond to all the allegations made as the city's legal team has not had an opportunity to study the relevant papers. However, the city views the allegations raised in your query seriously ...."

Gijima claimed that it later discovered, through inside sources at the municipality, that their competitor, EOH Mthombo, was already providing similar services as per the tender bid they submitted while they were still waiting for the announcement of the successful bidder on the tender.

"Were we successful? If we were not successful, why were we not successful," they asked in one of their legal correspondences to the city dated June 27 2017 and written by Gijima's lawyer Niqui Galaktiou.

Tycoon credits his wives for his empire

Masutha is married to blood sisters
Lifestyle
3 years ago

EOH communications manager Katlego Ledimo confirmed that they were the successful bidders for the tender in question.

"To the best of our knowledge, both Gijima and EOH were awarded different scopes of work in respect of the tender, and both companies are currently providing their respective services to the client.

"EOH received an award for three of the four service areas and to the best of our knowledge the fourth service area was awarded to Gijima," she said.

Another tender disputed by Gijima in their papers was for outsourced information technology services which was valued at more than R300-million and submitted in December 2015.

In their papers, Gijima revealed that they submitted a bid of R272-million for the contract but say that they learnt that Dimension Data together with Vanity Consulting were already doing that work.

Gijima alleged in their papers that Dimension Data was awarded the tender at a bid price of R410-million and they wanted to find out why the company was chosen over them while they were the lowest and most compliant bidder.

Dimension Data spokeswoman Marian Scala acknowledged that they were awarded the contract by the City of Joburg.

"The award is public knowledge and can be confirmed on the city's website," Scala said.

The court documents further state that Gijima also disputed the tender to provide SAP system functionality and training support which they bid at an amount of R95-million.

Veteran actress and businesswoman Sophie Ndaba has married for the third time.
News
4 years ago
Next Article