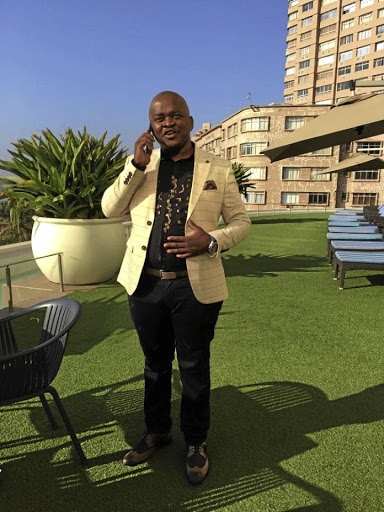 Nico Matlala is embroiled in another dodgy deal and lobola controversy.
Image: Twitter

Controversial businessman and celebrity casanova Nico Matlala has been accused of conning a Tshwane businesswoman to raise funds to pay lobola for his ex wife.

Matlala, 33, has found himself on the wrong side of the law, again, as businesswoman Millicent Kgwale has now pressed charges against the notorious womaniser.

Kgwale told police at Norkem Park police station in Kempton Park that Matlala crooked her out of R135000 to pay lobola for Lebohang Mabe in August last year. Mabe has since left him.

An angry Kgwale told Sunday World this week that Matlala approached her in July last year with promises to be his business partner in a new multi-million project to instal fibre optic cables.

"Nico Matlala's wife is my wife. The money he used to pay for lobola for her is my money. So Nico must stop going around saying he has a wife," said a fuming Kgwale.

The businesswoman said what made her angrier was that she took out a bank loan to pay Matlala for the promised shares.

Matlala's lawyers cite acid attack as cause of absence.
News
3 years ago

She said Matlala approached her in July and then she paid the money in August.

"Just after I paid the money, I saw social media abuzz with Nico's lobola news.

"That is when I knew that my money was used for the lobola because after I paid the money into his account, he could not give me a straight answer about how I was going to make money out of my investment," she said.

Matlala poured cold water over the allegations against him and claimed that Kgwale would not make such claims against him.

"Shame poor lady, these are just people trying to tarnish my name. The project was there, it is just that Millicent was impatient and wanted money quickly. I told her that 'sesi, take your money and go'.

"I paid her money back and I continued with my projects. As for Lebohang's family, I will expose them and Lebohang," said Matlala.

A North West inmate with a penchant for selfies has landed yet another woman in trouble after he snapped himself in his prison uniform planting a ...
News
3 years ago

"We charged Matlala R120000 and he paid only R35000. Now even after she left him, people are calling her telling her about Matlala's con artist ways," said Jaftha

Jaftha also said that his niece learned after she moved in with Matlala that he had no solid source of income.

"He conned people for a living. My niece bought him data, paid the helper and bought groceries in that house," he said.

He said Matlala's family requested a meeting with Mabe's family to talk about their collapsed marriage.

"The family has been calling us. He has sent them to meet with us because he wants Lebohang back."

He also said Mabe drove a red BMW that Matlala gave to her.

"One morning, my niece called saying the car was taken away from her.

"The owner, whom Nico conned, came with the police to seize the car. That is when I knew Lebo had to come back home," said Jaftha.

Police spokesman Lesibana Molokomme confirmed they were investigating a case of theft under false pretence opened by Kgwale against Matlala.