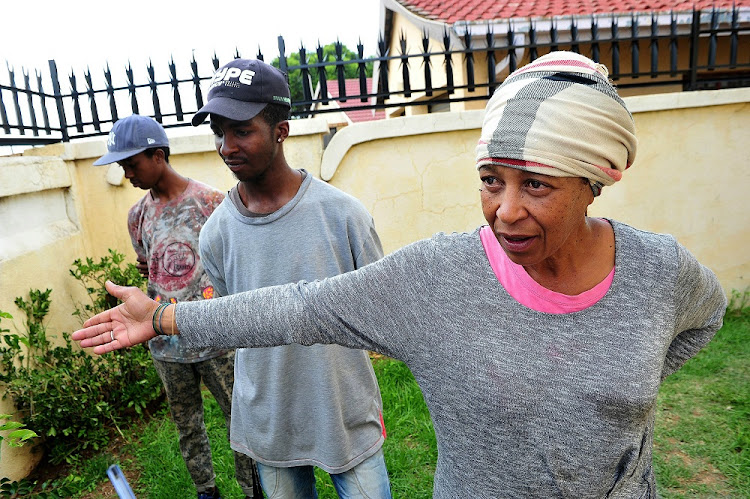 The mother of the nation Winnie Madikizela-Mandela's niece says she is being punished by the ANC because she is an EFF member.

Nolwazi Githuka, pictured, a former ANC member once exiled in Botswana, was allegedly thrown onto the streets by private security on Thursday on the instruction of businessman Lebogang Ali Rabotapi and legendary music producer
Sello"Chicco" Twala.

Githuka, the daughter of Nolati Madikizela, MadikizelaMandela's older sister who died in Botswana in 1982, said her aunt placed her in a house in Diepkloof Extension, Soweto, when she returned to SA.

On Thursday, she watched helplessly as her furniture, clothes and other belongings were thrown out onto the street in the rain by private security, bringing an end to her 20 -year tenure as an occupant of the house she called home and paid municipal services for.

The unpopular visitors descended on Githuka at the R1.5 -million double storey mansion at 8am. She said they immediately began to destroy the house, dislodging the ceiling and removing the roof and windows to ensure that she did not go back into it. 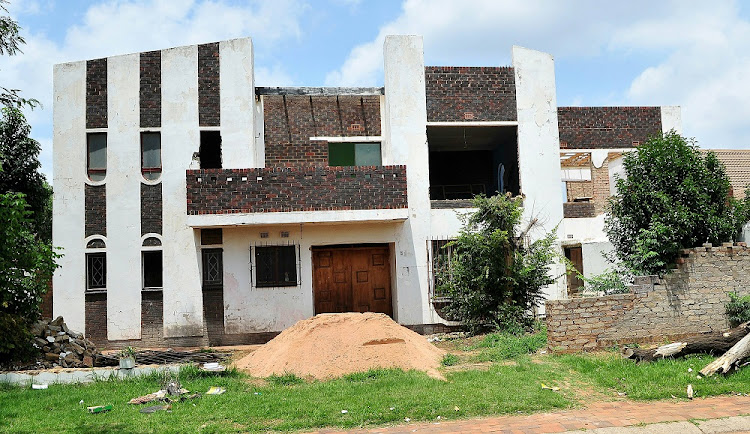 Winnie Madikizela-Mandela’s niece Nolwazi Githuka and her sons, Siphiwo and Khayalethu Githuka, were evicted from the house she has lived in for 20 years.
Image: Veli Nhlapo

Sunday World saw a video of the eviction that was taken by one of her neighbours. One man appears to be wearing an ANC T-shirt and a cap and can be seen on his phone.

Githuka said she thought she would be able to resist the attempt to evict her as she had previously done.

"I have been fighting these people for the past four years, since 2014. They have been coming to the house asking me to leave, claiming that the house belonged to them."

Githuka said she had always resisted the pressure by the two to vacate the house with the help of her aunt. "Every time they came, I would run to Mama Winnie to tell her and she told me they were lying because the house belonged to the Soweto People's Trust, an entity which was formed by Mama Winnie to house comrades from exile.

"The house was bought from Chicco Twala in 1992, but today he claims that he didn't receive any money for it and it belongs to him," said Githuka.

She said Twala and his alleged accomplice, Rabotapi, last visited her in June claiming that they had come from the office of one of the ANC's top six officials who instructed them to evict her but she refused to budge. Her sons, 18 and 21, confirmed that Twala had come to their home with Rabotapi to attempt to evict them.

This week, Githuka was squatting at a house nearby where she is renting a back room with her sons and grandchild.

Twala claims he didn't kick her out 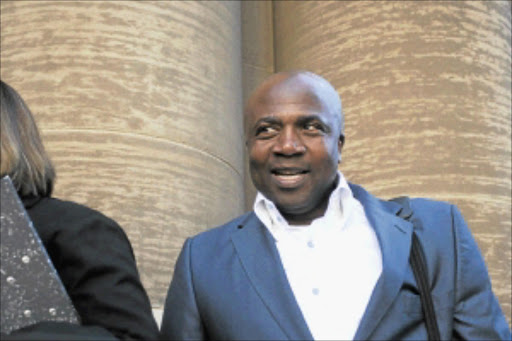 Musician Chicco Twala, pictured, has denied that he is behind the eviction of Winnie Madikizela-Mandela's niece Nolwazi Githuka. Twala also said he never told Githuka that he owned the house.

"Everyone knows that I donated the house to the ANC and Mama Winnie and Mandela in 1992," he said.

Twala confirmed that he once visited Githuka last year, but said he was sent by Luthuli House to speak to her about moving out.

"The house is controlled by the ANC through the treasurer -general's office, and I was sent there together with other comrades to plead with the woman to move out so she can be accommodated somewhere else.

"Luthuli House feared that the house was going to collapse on her because the walls were falling apart."

The music producer said when they arrived at the property, Githuka and her sons tried to fight them, and they refused to move.

"Before that, I went to Mama Winnie Mandela's house to speak to her about the ANC's decision because I knew that the woman was very close to her. I have a lot of respect for Mama Winnie and I would never evict someone who is close to her," he said.

Twala said that if property mogul Lebogang Rabotapi was not instructed by the ANC to evict Githuka, then the eviction was illegal because the house belongs to the ANC.

However, Githuka further claimed that, at their meeting last year, Twala even offered to give her a piece of land at his farm in Zuurbekom in exchange for her cooperation to vacate the house.

"When they arrived, they showed me documents from court saying that it was an eviction order and they had also brought police officers who were not even from Diepkloof police station," she said.

Rabotapi, who was at the house on Friday, denied that the eviction was illegal and said he had struggled for three years to get Githuka to move. He also denied any association with Twala.

"I have never been to that house with Chicco Twala. I only see him on TV like everyone else," he claimed.

Mandela's PA Zodwa Zwane confirmed that Githuka Mandela's niece and that she lived at the house with her blessings.

ANC national spokesperson Pule Mabe said: "We are doing our best to establish the facts and find ways to amicably resolve this matter."