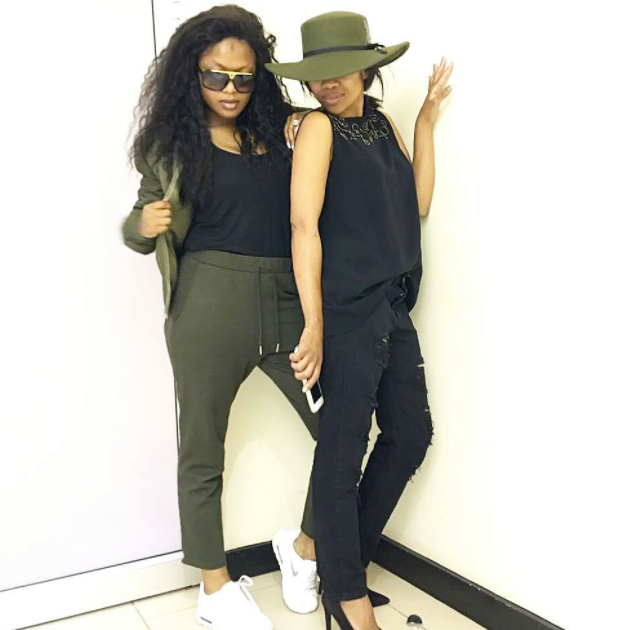 Metro FM presenters Lerato Kganyago and Dineo Ranaka have allegedly given the station an ultimatum to give them separate slots or lose them.

According to sources this comes after Kganyago and Ranaka, who co-host The Bridge on weekdays between 10am and noon, fought on several occasions about the running of the show.

Kganyago and Ranaka could not be reached for comment at the time of going to press to confirm their clash of egos.

SABC spokesman Kaizer Kganyago downplayed the squabble and the presenters' ultimatum to the station.

"We need to emphasise that during this time of the year when the station enters into negotiations with the on-air personalities to discuss contractual matters, it is expected for individuals to create outrageous and negative stories like this with the hope of influencing the negotiations," he said.

Kganyago insisted there was a cordial relationship between the two presenters.

"The recent meeting which was held on 27 January 2018 between the Programmes Manager and the entire team of The Bridge, indicates that there is a cordial relationship amongst all team members."

But two senior SABC employees, who did not want to be named because they are not allowed to speak to the media, confirmed the duo gave their station manager Sbongile Mtyali and programmes manager Anthony Soglo an ultimatum and they were both mulling it over.

One employee said both Mtyali and Soglo were considering shifting them to separate slots when the station renews its on-air talent next month.

The employee said Ranaka, who previously worked for YFM, complained to Soglo that Kganyago cut her off before she could finish talking in one of their shows.

"The programme's manager convened a meeting between the two of them and asked them to work together. Because Lerato didn't want to argue, she simply apologised.

"She felt that Dineo beat her to the punch by going to the programme's manager before she could do so. But later she complained about Dineo. She said Dineo also often cuts her off air or sometimes interjects when she speaks and also ill-treated her.

"But she just let it slide. Dineo didn't want to wait, she complained to bosses and demanded that Lerato be fired or moved to another slot," said the employee.

Another SABC employee alleged Kganyago was the troublemaker as she was "insecure". The employee said Kganyago always felt offended whenever people refer to their show as Dineo and Lerato show.

"She wants them to refer to it as Lerato and Dineo show. The programmes manager had to call them to a meeting to try to understand their problem.

"Sometimes when he called those meetings, Lerato was not coming giving excuses that she had a TV show to do.

"Lerato is the one who started the whole thing; management has since taken a decision that the two must have a meeting twice a month to manage their personal squabbles. The last meeting was held on January 27 during our snooping sessions and both said they had sorted out their issues.

"The station has since proposed that the two must be moved to different slots in the coming to the meetings months during the reshuffling of presenters. However they are likely to keep Dineo on the current slot because she is more experienced and is a favourite with the listeners."

Lerato Kganyago: Everything that matters is finally falling into place

It's been almost a decade since Lerato Kganyago has been in the industry and now she has bagged her first SAFTA nod‚ telling TshisaLIVE that she is ...
Lifestyle
4 years ago
Next Article