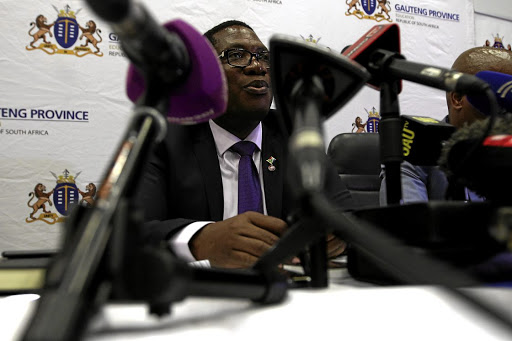 The mother of one of the schoolgirls from a Gauteng high school who allegedly had sexual relations with their principal has revealed her daughter lost her virginity to the principal.

This follows the emergence of videos and photos showing the principal appearing to be engaged in sexual acts with at least four girls from his school.

In the graphic video, the girls could be seen performing oral sex on a man alleged to be the principal while another one shows a man plunging his fingers into the private parts of a girl in full school uniform.

Another picture is of an adult woman in sexy lingerie and parents allege that the woman was a member of the school's governing body who also allegedly had a sexual relationship with the principal.

The mother, who cannot be named to protect the identity of her daughter, said the video had left her family and community reeling with shock.

"I can't cope with the trauma of the experience that my child went through when she lost her purity. She lost it to an old man, a man as old as her father.

"I haven't been able to sleep since I saw that video. Why the deputy principal kept quiet about this disgusting matter sickens me even further," said the mother.

The heartbroken mother said her child spent the festive season indoors and had withdrawn from engaging with neighbours, friends and family.

"She told me that the principal promised them a pass. I don't know how he manipulated my child because her marks have been good anyway.

"Since when does a principal have a say on whether a child passes or not? I'm very upset and I want this man to rot in jail," said the mother.

"It is so sick that he filmed the whole thing for his sick fantasies. I want my child out of the school. The department must find a good school for my child as she has now stopped going to school after the video with her face was shown to everyone."

Gauteng department of education spokesman Steve Mabona said the victims are minors aged between 15 and 17.

Past sore experience has put me off sex

The first time I had sex it was so sore, it put me off the act for years and I have been celibate since.
Good Life
3 years ago

Mabona said the department learned about the video after a concerned parent approached them.

"We found out about the video and when we enquired, we learnt that the principal resigned in October last year," said Mabona.

Mabona assured the parents that though the principal resigned, "we will report him to the South African Council of Educators to be struck off the roll with immediate effect".

He also said the department would be visiting the school tomorrow to speak to all the parents and to identify the pupils who were affected by the matter.

It was also expected that the department would help the parents to lay criminal charges against the principal.

MEC Panyaza Lesufi said he was "disgusted" by the pictures and videos.

"The department has a zero-tolerance stance on allegations of sexual assault and has never hesitated to act.

"We strongly condemn any acts of sexual misconduct in schools and encourage learners never to listen to anybody who tells them not to tell, for fear of victimisation.

"[We're] ready to support all learners and parents and where such cases are reported to the department, the department will act in a manner to safeguard learners and to take action against any person at schools interfering with the rights of children and their parents," he said in a statement.