With Steyn removed‚ SA look for ways to win 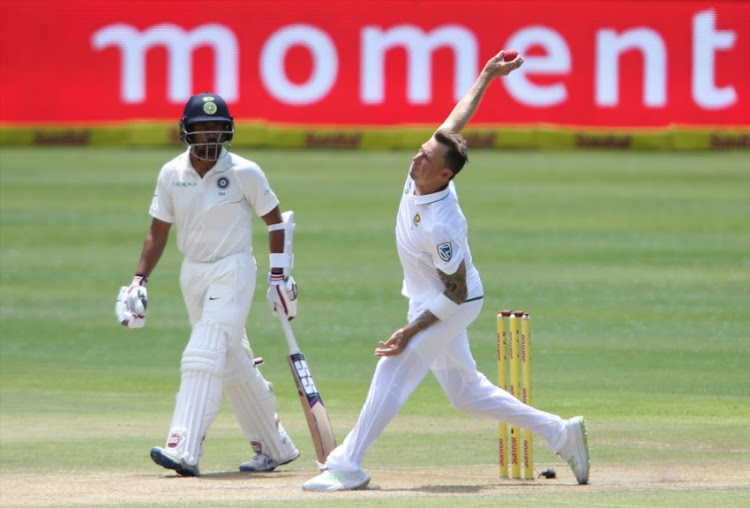 The pain in Steyn stays mainly on the plane.

If only it did.

Instead‚ Dale Steyn’s pain was there for all to see at Newlands on Saturday.

One moment‚ as he ran in to bowl the fourth delivery of the last over before tea on the second day of the first test between South Africa and India‚ he was the fit and firing fast bowler he has been for years‚ barring a couple of broken shoulders and other calamities.

The next‚ immediately after hitting his delivery stride‚ he was a hobbling invalid.

Steyn had landed badly in a foothole‚ in the process wrenching ligament from bone.

For a man who had spent the previous 13 months battling his way back from his second fractured shoulder and torn muscles‚ another six weeks — how long Steyn could be out — might not seem a big deal.

But he is 34‚ and three wickets away from becoming South Africa’s leading test wicket-taker.

His absence from the rest of the series seems assured‚ and no doubt will be after he sees a specialist on Sunday.

An hour after stumps on Saturday‚ Steyn emerged at the Wynberg End‚ where the dressingrooms are‚ and began to make his way across the outfield to a parking lot at the Kelvin Grove End.

His progress was slow‚ what with him preventing his left foot from touching the ground at every step.

Steyn has‚ probably‚ limped out of a match in which South Africa will take a lead of 142 runs into the third day.

They will resume their second innings on Sunday with openers Aiden Markram and Dean Elgar the only men dismissed.

Hashim Amla is four not out with Kagiso Rabada on two.

Had Rabada expected Faf du Plessis to tell him to pad up as the nightwatchman?

“I was sitting without a shirt on and with baby powder on my feet.”

Once South Africa have batted it will be up to Rabada and the remaining fast bowlers‚ as well as left-arm spinner Keshav Maharaj‚ to get the job done.

“Luckily this time we went with four seamers‚” Rabada said.

“So there’s three seamers now that have to do the work‚ otherwise Temba will have to bowl again.”

That raised a much-needed laugh‚ because Temba Bavuma‚ the most occasional of occasional medium pacers‚ is not in the XI.

“It’s never nice for Dale because he’s just come back from injury‚ so we’re just feeling very sympathetic towards him‚” Rabada said.

“It’s not a nice thing‚ but we have to find a way to win this test match.”

The three seamers Rabada spoke of are himself‚ Vernon Philander and Morne Morkel.

They’ve already found a way to win a fair few tests‚ and Newlands’ excellent pitch won’t stand in their way of adding to their success.

But the weather might slow their progress on Sunday morning‚ what with showers predicted until lunch.