Given Mkhari: Radio mogul tuned in 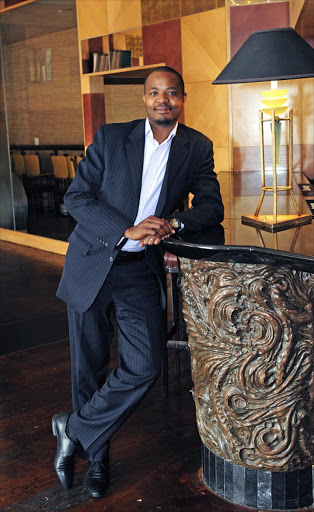 Radio mogul Given Mkhari has never been one to quit.

Raised mostly by women, Mkhari said they taught him to never quit. A tenacious rural Limpopo boy, he grew up to become the brains behind the province's Capricorn FMand Gauteng's Power FM.

Mkhari also has licences for new stations Rhythm FM and Beat FM in the Eastern Cape and Free State respectively.

He also recently put together one of the most talked-about interviews of the decade.

His two-hour interview with Thabo Mbeki was done like no other station had before. The Inanda Club hall in Sandton, north of Jo burg, was packed and the guests ranged from high-profile politicians, business leaders to media personalities and socialites.

The YouTube video has received a whopping 58000 views, and still counting.

Mkhari said he has always been passionate about radio because the medium influenced his upbringing.

"Growing up we never had television but relied on radio for information and also entertainment. We listened to Radio Tsongaand Radio Lebowa."

"Radio Turf was my first station, I was a manager and presenter," he said proudly.

While at university, Mkhari got a scholarship to study microeconomics in the United States. He said three months into the course, he got bored and decided to look for employment while studying part-time.

"I got an internship at the Inner City Broadcasting Corporation as a producer for a breakfast show hosted by Les Brown and Gladys Knight."

When his internship ended, he was promoted to senior producer but by then he wanted to come home.

When he returned, aged 22, Kaya FM was about to launch and he was offered a spot as producer of a breakfast show. He also hosted a midnight show.

It was also where Mkhari met his wife - he interviewed her on a business show and weeks later they hooked up.

In 1997 he opened a company which later became MSG Afrika Investment Holdings, a black-owned media and communications group. It has interests in The Jupiter Drawing Room, Metropolitan Republic, Capricorn FM, Power FM, Quizzical Pictures, The Communications Firm (which he co-founded) and The Quarto Press.

"All I ever wanted to do was radio. I had anticipated that I will be on air for a while to save up to buy or start my own radio station."

In 2007, his dream of owning a radio station became a reality when Capricon FM went live.

He will be the largest privately owned radio company in Mzansi with Rhythm and Beat .