WATCH | Zodwa Wabantu fights with a fan and snatches her wig 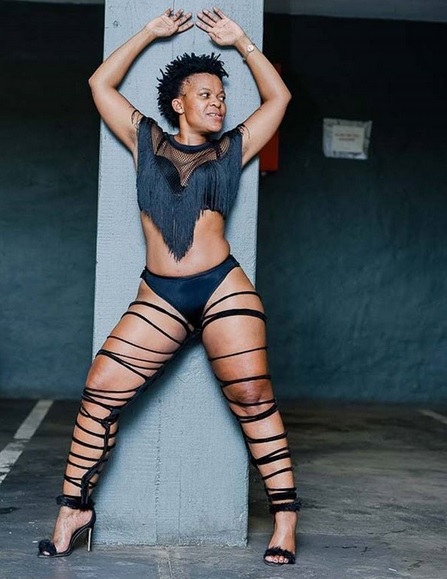 Zodwa Wabantu knows that she isn't everyone's cup of tea‚ however that didn't stop her from retaliating when an unknown woman threw a drink at her during a performance at Moriting Park‚ Tembisa.

The entertainer snatched the young woman's wig and hurled vulgar profanities at her.

A video of the altercation has since been doing the rounds on social media‚ with some followers pointing out that violence should never be the answer in any situation.

In the video‚ Zodwa can be heard swearing at the young woman who threw her drink at her while she was addressing the crowd as usual.

Zodwa then got off the stage and onto the speakers‚ and proceeded to snatch her wig to "make an example" out of her.

"I don't like sh*t. You know why? Because I'm just like any of you. I am not a celebrity. I'm here because you love me for being me. I will never let another bi**h just disrespect me. That's why I took her hair. This doesn't even look like the expensive kind‚" she said on stage after snatching the girl's wig.

The entertainer‚ who has warned her haters to stay away from her and to keep their opinions to themselves‚ has since come out to explain her actions.

"Women‚ I said hate me but don't act on that hate. It's business‚ I don't need to be liked. I don't like some people either‚ that's why I keep my distance too. (Just) (dis)respect (me) from far‚" she said.

Zodwa said besides the altercation‚ she had a great time in Tembisa and would always prefer partying in a kasi because people always show up in their numbers.

"Stay woke. I don't consult to live my life. DJ Shimza‚ you can never go wrong when you keep it Kasi. It was a beautiful event and your staff left me speechless. They took care of me like a real kasi queen‚ bringing the bottles my way and food. It was a top event you know why? Because kasi people go out to have fun. I'm like them shame‚ the place was packed."