Samkelo Ndlovu on her baby girl: 'I haven't stopped staring at her' 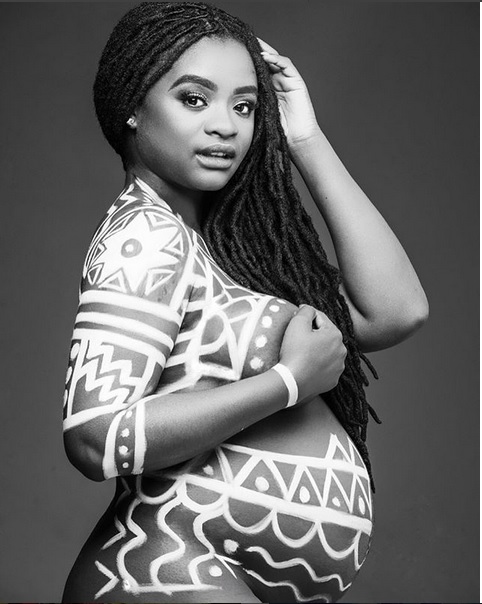 Actress Samkelo Ndlovu has revealed that her little princess made her grand entrance into the world late last week.

Taking to Twitter over the weekend Ndlovu said that her baby was born on Valentine's Day and that it was the best gift ever.

As far as motherhood goes‚ Ndlovu said she was completely smitten with her little girl.

"She's only three days old and already showing so much personality. Go figure. I haven't stopped starring at her. Her dad is worse‚ he holds her even while she's asleep."

The actress said that she could not be away from her little girl‚ even for a few minutes.

"They had her in the nursery for a mere 20 minutes so I could get some rest. I woke up 10 minutes later and asked the nurse to bring her back I missed her already."

Ndlovu and her baby were given a clean bill of health by doctors and they were discharged on Sunday.

Actress Samkelo Ndlovu has announced that she is pregnant with her first child.
Pic of The Day
3 years ago

The actress said she would be spending the next three months at her mom's home‚ where she hopes to learn some tricks about motherhood and in respect of her tradition.

"Came home to the AMC pots out with a seven colours Sunday meal and dessert and my old room prepared for me and baby. It's all pink and cute. It's a celebration‚ there's a new membaaaaa. "

Samkelo surprised fans when she announced her pregnancy in November last year by sharing a picture of her baby bump covered in tribal paint.

Even though Samkelo has been romantically linked to a few hunks from the industry in the past‚ she has not revealed who the father of her child is.

I'm so in love. Smitten. I never thought I could ever feel so much love for one person👶🏾.
I'm so thankful.
The BEST Valentine's gift ever ❤️❤️❤️ pic.twitter.com/JmsgZnbRyM