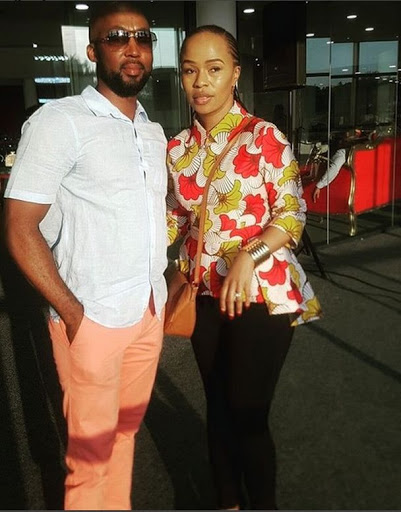 After working with Sindi Dlathu on Muvhango for over 15 years‚ Dingaan Mokebe (kaKhumalo) was left saddened by her last day on set.

Dingaan and the rest of the cast celebrated Sindi’s last day as Thandaza on Monday night.

“Words can never begin to describe the sadness in me. After being with her on the set of Muvhango for 15 years‚ she has become my sister. She is no longer a colleague anymore but my sister. It was her last day on the Muvhango set today. Sindi Dlathu‚ I love u more than you can ever imagine‚” Dingaan wrote.

He said that although he was sad to see Sindi go‚ he wished her luck with all her future endeavors.

Sindi left fans shocked when she announced earlier this month that she would be leaving the soapie after 20 years.

“After 20 years‚ I’ve decided to give the Thandaza character a break in order for me to grow as an artist‚ venture out to explore new opportunities and discover what I can do as an actress and as a human being‚” she said at the time.