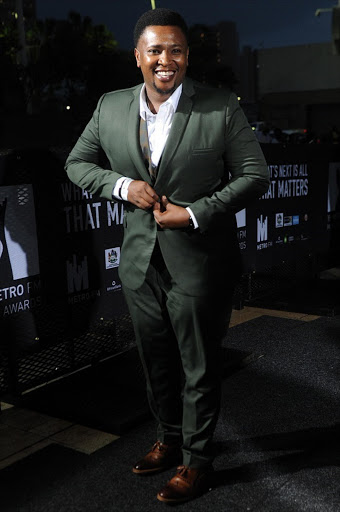 Musician Musa Sukwene is undoubtedly one of the biggest names to come out of singing competition Idols SA and despite singing about love the singer has revealed that he’s still single.

Speaking to TshisaLIVE‚ Musa explained that it was because he was focused on music and making genuine friendships‚ which he hoped would lead him to finding the right partner.

“I’m still beautifully single. I’ve decided to rather focus on making genuine friendships‚ perhaps one of them may eventually lead to something more but I’m content at the moment. One needs to be careful before just falling into relationships these days‚” Musa said.

The 2013 Idols SA winner‚ who recently released his video for his follow up single Nomkhita‚ said he has been focusing on promoting the songs on his Mr Serious album. Following the great success of his hit‚ Mthande‚ which he collaborated with Robbie Malinga on‚ Musa has become a household name.

He said although Mthande became bigger than they imagined‚ he believed people still wanted more from him. Musa also revealed that he’s already in studio working on new material for his third offering.

“I know I have a big song but I don’t think it will get to a point where it overshadows my entire career or my other songs‚” he said.

The musician said that seeing another season of Idols air has made him nostalgic and reminded him how grateful he is for the platform that changed his life.

“Watching Idols always takes me back to when my life changed. I will never write off the platform that gave me an opportunity to live my dream. I am excited every time I see them [Idols hopefuls] chase their dreams. The show has produced successful musicians and I get excited that one of those people will experience the same‚” he said.