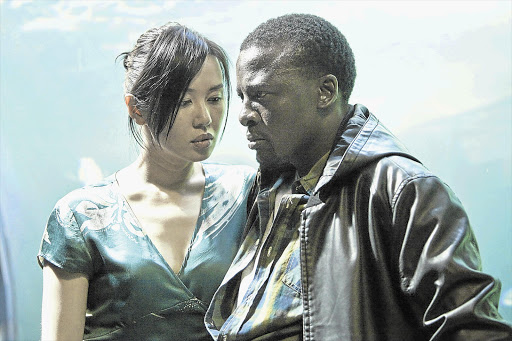 It's about Sizwe Miya, an ambitious policeman in Khayelitsha, near Cape Town, who uncovers a smuggling ring while investigating a Chinese mafia murder.

In his first feature film as the lead actor, Tony Kgoroge heads an all-star lineup as Miya.

Chinese superstar Yu Nan, better known for her role in The Expendables 2, plays the Chinese mafia fixer who seduces Miya.

During a seasonal southeasterly storm, the mutilated body of a Chinese man washes up on a beach.

For township cop Miya, this is an opportunity to prove himself and earn the promotion he needs.

He discovers that the murder is linked to the Chinese mafia's abalone smuggling .

A Chinese shipping executive, Soong Mei, tries to seduce him into giving her information about the case.

A tip from his comrade soon leads to a major bust.

Killed within minutes, Cage now finds himself inexplicably thrown into a time loop, forcing him to live out the same brutal combat over and over again.