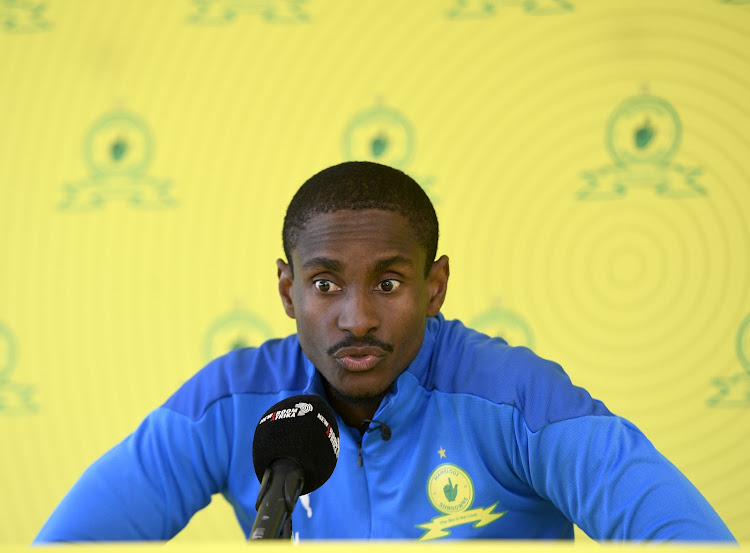 Mamelodi Sundowns co-coach Rulani Mokwena is happy with the progress of the team this season.
Image: Sydney Mahlangu/BackpagePix

As they approach the conclusion of another successful domestic campaign, Mamelodi Sundowns coach Rulani Mokwena has given the team full marks on the report card.

The Brazilians take on Stellenbosch in their penultimate match at Tuks Stadium in Pretoria on Saturday, with the league championship wrapped up a few weeks ago.

Sundowns are in the hunt for a rare domestic treble as they still have the Nedbank Cup final against Marumo Gallants on May 28 at the Royal Bafokeng Stadium to add to the league and MTN8 titles.

The only stain for Sundowns’ season was their failure to reach the Caf Champions League semifinal after they were stunned by Angolan side Pedro Atlético.

Looking back at their season, Mokoena said they evolved in the way they played.

“We have developed in a tactical sense. There is a lot more flexibility in in our team from a schemes perspective where we can build in different ways with fullbacks, central midfielders, centre halves and the goalkeeper.

“We have had set pieces and we have been able to score from dead ball situation. We have been extremely threatening on transition and the evolution has been fantastic.”

Mokoena said their success is a result of the hard work they have put in behind the scenes at Chloorkop.

“The work we have done, I think maybe people at Sundowns understand how difficult it is to do what we have done. We won the fourth title last season and moved into a space where we were not satisfied with our results and then to prepare ourselves to come to the second season under our leadership and get the MTN8 which is a trophy that has eluded us for a very long time.

“To secure the league title with four to five to go, I know mathematically you guys were speaking about it with 10 games to go. With 10  games to go, that already tells you how much investment the players have done.

“Only people in the club understand how difficult it is to do what we have done this season. We can only be happy ‘with what we have achieved and what the players have done.”