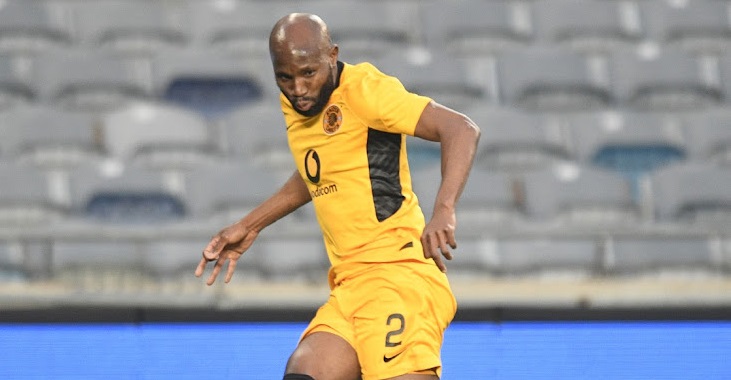 Veteran Kaizer Chiefs full-back Ramahlwe Mphahlele has cautioned his teammates against thinking Swallows will be pushovers because of their poor form.

Swallows, who have gone 12 games without a win across all competitions, host Chiefs in a DStv Premiership clash at Dobsonville Stadium on Sunday at 3.30pm.

“I’ve seen teams that are bottom of the log beating teams at the top, so we just have to focus on ourselves. We must stick to our game plan and treat them with respect. They’re still a very good team… they can hurt you at any given time,’’ said Mphahlele.

“Also when teams play against us they tend to revive themselves and play well, so we can’t take any team for granted. The minute we start looking at teams and their positions that will be our downfall.”

Mphahlele featured in his second game of the season, replacing the  injured Reeve Frosler in the 25th minute of their 1-1 draw at home to AmaZulu on Wednesday.

Despite being a natural right-back, the 31-year-old Mphahlele played at left-back, where Frosler had been operating. The Chiefs defender has insisted he doesn’t mind playing out of his primary position.

“It’s good to be back playing. It feels good to come in and help the team when you’re needed. No matter which position I play, it’s good to play. I am experienced enough to handle the pressure of playing different positions,’’ said Mphahlele, adding that they value the point against Usuthu.

“AmaZulu are one of the best teams in the league, so it’s an important point for us.”

Mphahlele, who made his professional debut at Moroka Swallows in 2007, feels it's too early to start talking about the title.

“I don’t even look at the table. I can’t even tell you what position we’re in now. We focus on one game at a time. I believe it’s good to collect points early in the season but the league is a marathon that can be won on the last day,’’ said Mphahlele.

Kaizer Chiefs coach Stuart Baxter was disappointed his team put in a visibly loose performance all-round in their 1-1 DStv Premiership draw against ...
Sport
2 months ago

Stellenbosch will look to build on another good run of form in the premiership after their 11-match unbeaten run came to a screeching halt at home ...
Sport
2 months ago

Cavin Johnson has kept his reasons for leaving Al Ahly close to his chest, but has "nothing but praise" for the Cairo giants' revered president ...
Sport
2 months ago

SuperSport United coach Kaitano Tembo admitted that he got it wrong by starting Sipho Mbule in their come-from-behind 2-2 draw with Mamelodi Sundowns ...
Sport
2 months ago
Next Article