Chiefs star Billiat urges teammates to get campaign on track 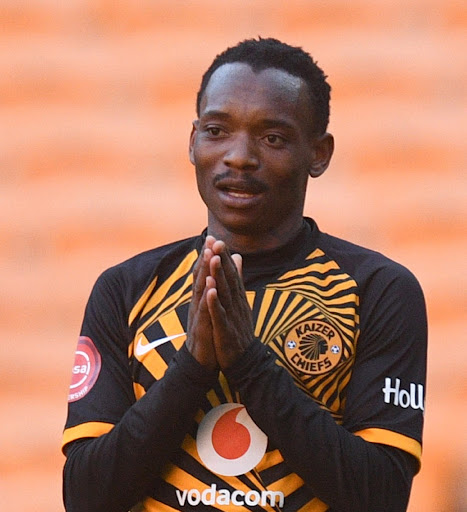 Kaizer Chiefs midfielder Khama Billiat has urged his teammates to get their DStv Premiership campaign on track when they take on Chippa United at FNB Stadium on Saturday.

Amakhosi have stuttered out of the blocks with only one win from their opening six matches and they are on a lean patch of four outings without a win after two defeats and as many draws.

They host an equally disparate Chippa, who have also won only one match from their six matches and will be looking to get back to winning ways in Johannesburg.

“We are back from the international break and have shifted our focus to the league and we know that the game on the weekend against Chippa is not going to be easy,” said the Zimbabwean international.

“It is going to be a big fight, we are just going to make sure that we stick and believe in our game plan. I feel good and I think it is time to start getting the little things right that makes the difference, like scoring more goals, defending and going forward as a team and just being on top of our game.”

Billiat added that playing against their former coach Gavin Hunt is going to make the match even more interesting.

“It is not going to be easy, especially playing against coach Gavin who used to be with us here, because he knows individual players and he is an experienced coach.

“Having said that, it’s a great opportunity for us to put ourselves in a better situation and start collecting maximum points. This match is going to need us to want it more and do what the coach wants.”

Billiat concluded that they understand the frustration from the fans because they have not started the season as they hoped.

“It is not the way we wanted to start but we are working on things that need to stay with us, the only unfortunate part is that we haven’t been getting the maximum results that we need.

“I personally feel good that we are able to keep the ball a bit longer, we are able to find each other on the pitch, we are able to move together as a team. We just need to step up as attackers and give the team a little bit by scoring goals and put the team in a comfortable situation during the game.

“It’s not easy to play while you are one goal down or when it is 0-0, but if we can score and give the team confidence so that we can protect what we have. It's work in progress and we are feeling good. We are soldiers and we are going to hang on and keep on digging and we will get it right.”