Brazilians yet to concede goal 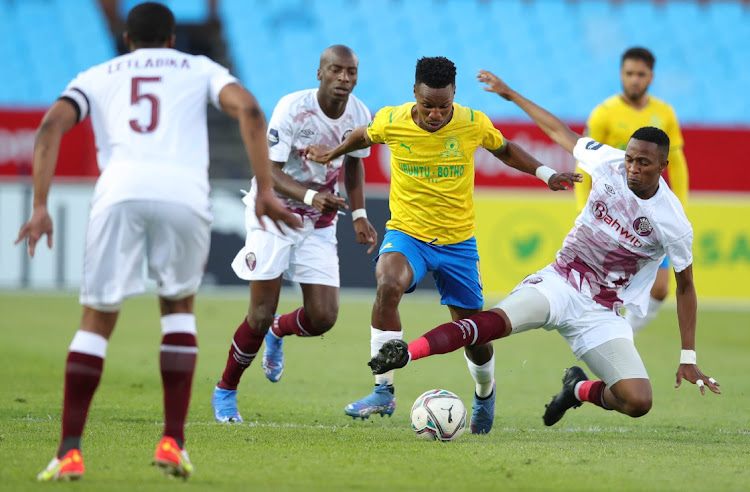 In a weekend where both Orlando Pirates and Kaizer Chiefs dropped points, Mamelodi Sundowns again showed that the gap between them is huge after they registered a comfortable 3-0 victory over Swallows at Loftus Versfeld Stadium.

The win saw Sundowns increase their points at the top to 16, four ahead of second-placed SuperSport United. They are also seven points ahead of sixth-placed Pirates and 10 ahead of 12th-placed Chiefs early in the season, to prove how the gap has widened in the last few years between these SA giants.

It was also another clean sheet for Sundowns who have not conceded a goal this season. Goals by Pavol Safranko, Neo Maema and Peter Shalulile gave the Brazilians all three points.

Swallows have struggled to find the back of the net in their five league matches.

It was an improved performance from Swallows from the 4-0 drubbing they received from Cape Town City last week in the MTN8. They held their own and went toe to toe with the Brazilians early in the first half.

Unlike on Wednesday, they had decent chances to find the back of the net, with Keletso Makgalwa striking from outside the box to force Denis Onyango to get down quickly to make a save.

Khetukuthula Ndlovu also had a chance after cutting inside from the right and forcing another good save from Onyango.

But Sundowns began to dominate the game and proved their quality proved again as they broke the deadlock before the half-hour mark.

It was Safranko who found the opener with a free header from a Lyle Lakay corner kick to give Sundowns a well-deserved lead.

Sundowns then took charge as they dictated the tempo of the match and went into the interval with the advantage.

Sundowns continued where they left off in the first half and substitute Maema doubled the lead 13 minutes from time after a brilliant interchange with Sibusiso Vilakazi.

Shalulile made it 3-0 two minutes from time with a header from Maema's cross.

It was another brilliant display from Sundowns as they showed early signs of continuing with their dominance, while Swallows have now conceded seven goals in two matches.

Royal AM continued their impressive run with their fourth successive league victory yesterday when they beat Maritzburg United 2-1 at Chatsworth Stadium.

Victor Letsoalo cannot stop scoring at the moment and his fairytale start to the season continued after he spearheaded Royal AM to a hard-fought 2-1 ...
Sport
10 months ago

Kaizer Chiefs coach Stuart Baxter does not intend to throw in the towel yet and believes his struggling charges are only 10% away from being a ...
Sport
10 months ago

Cape Town City and Orlando Pirates cancel each other out

A controversial referee’s optional time penalty saved face for Kaizer Chiefs in a 1-1 stalemate against AmaZulu FC in a DStv Premiership at the Kings ...
Sport
10 months ago
Next Article