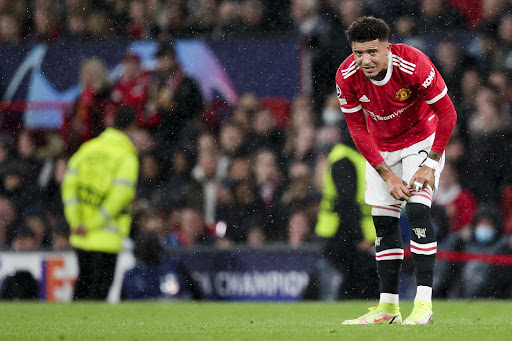 Southgate named Sancho in his squad for this month’s World Cup qualifiers but said that the 21-year-old’s selection was “probably not” deserved if based on his performances over the last few weeks.

Sancho flourished at Borussia Dortmund but has struggled for game time at United following his 73 million pounds (about R1.47bn) transfer in the summer, and has drawn criticism for some of his performances.

But Solskjaer defended Sancho, praising his display in Wednesday’s 2-1 win over Villarreal in the Champions League group stage.

“Was that interview (with Southgate) done before Wednesday night?” Solskjaer said before Saturday’s Premier League home game with Everton. “Jadon was exceptional, he was electric, the crowd loved him.

“I think he felt that connection with the crowd, and that is what we want from him, to be direct, positive, go past players numerous times.” Sancho played a limited role in England’s run to the European Championship final in the summer and missed World Cup qualifiers against Hungary, Andorra and Poland with an injury.

He has yet to score for United, having started only two of his five Premier League games and featured three times in Cup competitions.

“Yeah he’s not scored yet but that night I thought, ‘Yeah that’s Jadon’ and we’re going to see loads of that,” Solskjaer added.

“And Gareth has also said it’s important Jadon knows they believe in him. They have invested time in him. He will be a top player. Performances are going to come.”