Man City lack a 'weapon' like other teams, says Guardiola 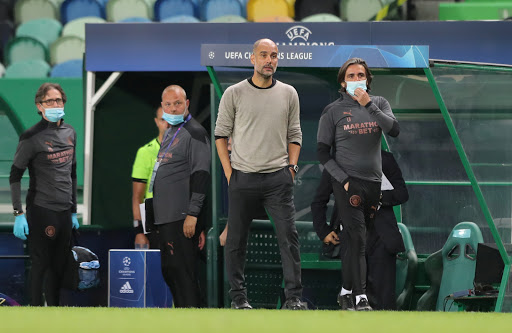 Manchester City do not possess a goal-scoring "weapon" like their Premier League counterparts, manager Pep Guardiola said ahead of Saturday's league trip to leaders Chelsea.

City broke the British record to sign England midfielder Jack Grealish in the close season, but they failed to find a new striker after missing out on Tottenham Hotspur's Harry Kane as a replacement for Sergio Aguero, who joined Barcelona.

"We don't have this weapon like other teams have, like United, Chelsea or Tottenham," Guardiola told a news conference on Friday. "We don't have a player who scored 25 goals himself.

"We have to use what we have as a team. We do it as a group and that is what we will try this season."

Guardiola will become City's most successful manager if they win against Chelsea. The Spaniard, who has won 220 of his 302 games, is looking to surpass Les McDowall's 58-year record.

"It would be a great milestone and an honour," said Guardiola. "Sooner or later it will be beaten again, but records are nice."

City, who won the title last season, are in fifth place this campaign after five matches.