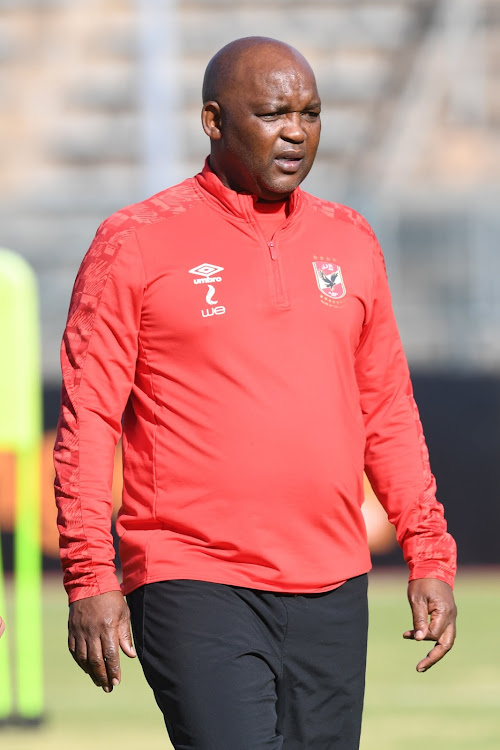 Al Ahly coach Pitso Mosimane says the powerful and well-resourced Uefa must step in and assist Caf to improve football facilities on the continent.

Mosimane, who has been consistently playing in the Caf Champions League for the past six to eight years, said the African tournament doesn’t compare with the Uefa Champions League in terms of prize money and infrastructure of the clubs.

“The difference between the Uefa Champions League and Caf Champions League is huge when it comes to prize money, infrastructure. For us here in Africa, there is a lot of work to be done and in my opinion Uefa should help Africa,” said Mosimane during a video interview that was released on his social media platforms.

Mosimane said one of the areas that need urgent attention in the Caf Champions League is training and playing pitches.

“If I am talking about the continent that I belong to, there are a few areas that need to be visited. In the Caf Champions League, there is a lot of work that needs to be done like improving training pitches at other teams and countries.

Since he joined the Red Devils in Cairo last year Mosimane has won five trophies, which includes defending the Champions League to please the passionate fans of the club.

“I don’t think there are any other fans that are more passionate than Al Ahly fans, I have never seen people who are as passionate like them because they love the team and they love the game.

“They don’t want anything else but a win because their expectations are very high and that puts too much pressure on the players and coaches. Having said that, this is the price you pay for playing or coaching a bit club like Al Ahly.”

Al Ahly returns to the Fifa Club World Cup in December at a venue still to be decided and Mosimane is hoping to meet English giants Chelsea in the final and he also talks about being nervous before every game.

“I am hoping to meet a Japanese team in the first game, then a South or Central American team and Chelsea in the final. I get nervous before every game, even in the friendly, it is just anxiety to know how it is going to come up and who is going to score.

“What kind of goal are we going to score, can we score a goal that we worked on? So, yes, I do get nervous. I don’t think there is a coach who doesn’t get nervous before the game, otherwise it means you know that you are going to win. All the games that I am involved in the Premier League in SA or here in Egypt, you are not sure if you are going to win.”