Skipper saves penalty, then converts one 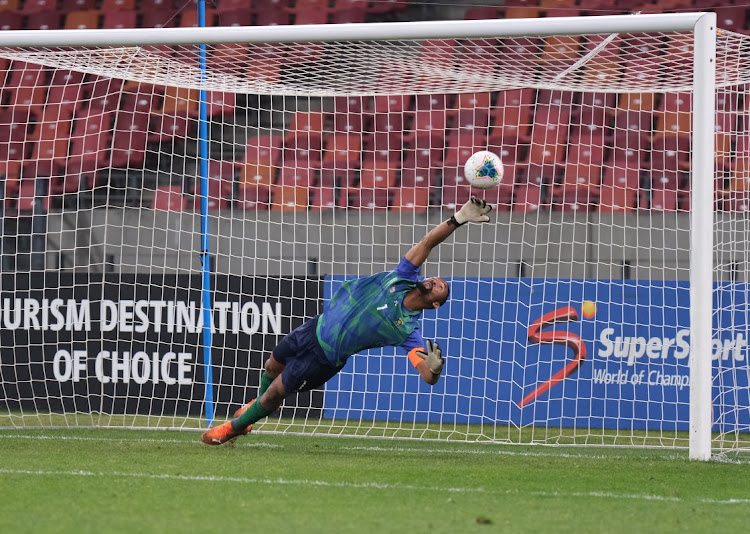 The match had finished goalless after extra-time. Senegal goalkeeper Pape N'Diaye ballooned the last spot-kick to give SA the crown. The first stanza never really produced goal-scoring opportunities as both teams played in patches.

Despite having two playmakers in the middle of the field in Siyethemba Sithebe and Siphelele Mkhulise, Bafana still lacked creativity and striker Victor Letsoalo was never supplied with the ball to threaten the Lions of Taranga.

SA defenders Njabulo Ngcobo and Rushine de Reuck showed brilliant tactical awareness whenever Senegal were launching attacks. Pape Djitte and Albert Diene on the left and right flanks were Senegal’s best players in the first half but poor final decision-making in the final third rendered their attempts futile.

Just a moment before the half-time hiatus, Senegal coach Joseph Koto was sent off after appearing to be swearing at referee following a number of decisions that went against his charges.

The tempo of the game picked up in the second half. SA used the speed of Monnapule Seleng to penetrate the Senegalese defence. What let SA down was having fewer bodies in the box whenever Seleng delivered crosses.

The substitutes, especially Maboe, aided SA to have better ball retention. Maboe also won Bafana a number of free-kicks in dangerous areas but he couldn’t convert any of those set-plays. In extra-time both teams lost the momentum and looked content to go to penalties.

Meanwhile, Mothwa was named Goalkeeper of the Tournament after he helped SA to six clean sheets in the tournament, while Bloemfontein Celtic's Victor Letsoalo was top scorer with four goals. Siyethemba Sithebe, who's Mothwa's teammate at AmaZulu, was named Player of the Tournament.

Bafana Bafana put in a strong showing to power 3-0 past Mozambique in their Cosafa Cup semifinal at Nelson Mandela Bay Stadium on Friday night, and ...
Sport
3 months ago

Bafana Bafana received a dose of good news ahead of their Cosafa Cup semifinal against Mozambique when coaches Helman Mkhalele and Lucky Shiburi ...
Sport
3 months ago

The developmental Bafana Bafana at the Cosafa Cup ended Group A unbeaten and top of the log with their 0-0 draw against Zambia at Nelson Mandela Bay ...
Sport
3 months ago
Next Article