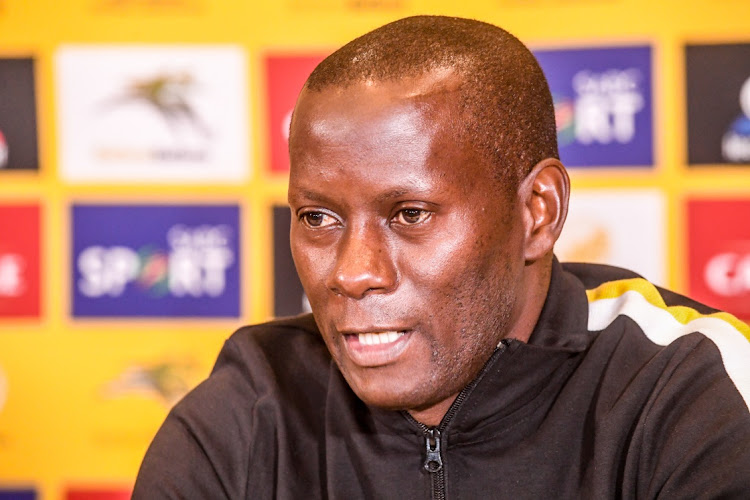 Bafana Bafana received a dose of good news ahead of their Cosafa Cup semifinal against Mozambique when coaches Helman Mkhalele and Lucky Shiburi reported to camp after completing their Covid-19 quarantine.

Coach Mkhalele and goalkeeper coach Shiburi were in quarantine for 10 days after testing positive, and their return to camp is a big boost for Bafana after they missed group-stage matches against Botswana, eSwatini, Lesotho and Zambia.

Bafana doctor Tshepo Molobi said the pair were cleared and would be available for the big game against Mozambique at the Nelson Mandela Bay Stadium in Gqeberha today at 2pm.

The second semifinal between Senegal and eSwatini will kick off at 5pm at the same venue.

Even though the team did well under the guidance of assistant coach Morena Ramoreboli, Mkhalele will take over the hot seat in the match against Mozambique. “The two coaches quarantined for 10 days and are cleared to report to camp. We have done a rapid test on them, and that [negative result] clears them to return.

"We are giving them treatment for slight coughs. They can integrate into society as they have undergone the necessary procedures. We have put measures in place everywhere and we operate in a bio-bubble, and we make sure that we live by those standards,” said Molobi.

Ramoreboli said the players showed character during the group stage and he expects them to continue from where they left off in the next game. “Our defence has been solid. We have players that are willing to fight and die for the country.

"We have a competitive team and they are raising the bar. They are ready to go into the semifinals and they will continue to work hard,” said Ramoreboli.

Bafana will pin their hopes on the hat-trick hero against Lesotho, Victor Letsoalo, and skipper and goalkeeper Veli Mothwa.

“If Letsoalo can manage to score three goals in one match and Thabang Sibanyoni and Kagiso Malinga score from the bench, it means we have the firepower up front. We want to dominate the semis and we will go all out to win and book our place in the final,” added Ramoreboli.

The final takes place on Sunday.

Bafana Bafana’s coach at the Cosafa Cup‚ Helman Mkhalele‚ has been cleared from isolation for Covid-19 ahead of the team’s semifinal against ...
Sport
10 months ago

Bafana Bafana will play Mozambique in the Cosafa Cup semifinal tomorrow (at 2pm) at Nelson Mandela Bay Stadium after finishing top of Group A with 10 ...
Sport
10 months ago
Next Article