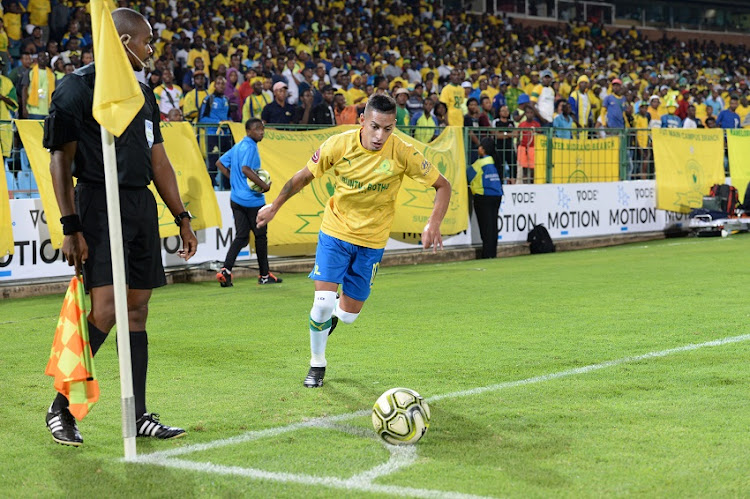 Gaston Sirino wants to move to Al Ahly‚ but it is not Pitso Mosimane who is trying to lure the playmaker to the Egyptian giants‚ the Red Devils’ coach said on Thursday.

Fresh from winning the Caf Champions League final with a 2-1 win against bitter Cairo rivals Zamalek on Friday night‚ Al Ahly coach Mosimane confirmed that there have been official talks from his team to sign Sirino from his ex-club‚ Mamelodi Sundowns.

Mosimane‚ though‚ emphasised that such interest in the Uruguayan star he took to Sundowns from South America predated the coach’s arrival at Ahly in early October.

“All you guys [the media] know that Al Ahly have been asking about Sirino when I was at Sundowns. It’s a fact‚” Mosimane told a digital press conference of the SA Football Journalists’ Association.

“It’s just a perception that I’m the one who wants Sirino at Al Ahly‚ because I’m in the hotseat. It will always link to me. I’m not angry about it‚ that it’s been linked to me. No‚ it has been there.

“And before I came to Ahly there was‚ ‘Sirino‚ Sirino’‚ and there’s still‚ ‘Sirino’‚ because Ahly want him‚ they know him – because he played against them.

“That’s why I have stayed away from saying anything in South Africa. It’s the first time I speak to you guys [the SA media].

“I don’t want the footprint I left at Mamelodi Sundowns to be a different one. But I also understand international football.

“Yes‚ Ahly want Sirino‚ Ahly like Sirino. Ahly spoke to Mamelodi Sundowns officially‚ and all that. I don’t want to tell you a lot of things‚ because there are many that have happened.

“The president of Mamelodi Sundowns was here [in Cairo]‚ he watched the Champions League [final]. [Safa president] Danny Jordaan sent me a text and made me aware that ‘Dr Patrice Motsepe is here’.

“Danny wished me luck for the match and made me aware Dr Motsepe was here. We didn’t talk and he [Motsepe] never communicated. Probably he was very busy‚ but I understand.

Mosimane said he understands why Ahly’s attempts to sign Sirino have been linked to him.

“There are a lot of emotions that might be linked to me. The stories that I want to take Themba Zwane and all that – no‚ I don’t have anything to do with Sundowns‚” he said.

“But the opportunities are there to take. As Ahly sign players‚ as Sundowns sign Peter Shalulile and Kermit Erasmus‚ and players from Al Ahly are signed by teams in the English Premier League‚ it’s football – it’s an ecosystem.

“Smaller teams produce players and get them from the First Division‚ and Sundowns take from them. Percy Tau‚ Keagan Dolly [move to Europe form Sundowns]. And at Ahly we have players who want to go.

“It’s an ecosystem. And players have to get opportunities and play. And Sirino is 30 – it’s a last chance maybe. so he’s fighting for that‚ but he has to do it the right way.”

Sundowns flatly rejected an offer from Ahly for Sirino ahead of Monday’s close of the South African transfer window‚ though there still is a chance of a move to the Cairo giants as the Egyptian window only closes on Sunday.