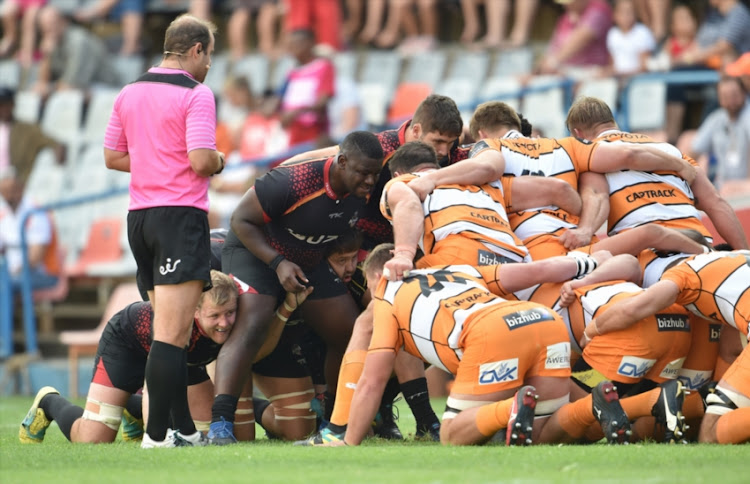 They may have just cause but the Cheetahs won't go into the prosaically named Super Rugby Unlocked (SRU) and Currie Cup shackled by a victim's mentality.

The franchise‚ which was booted from the Pro14 to make room for the Lions‚ Bulls‚ Sharks and Stormers‚ will go into combat desperate to retain their Currie Cup title‚ but not to make a point.

“The decision has been made. Whether we win the Currie Cup or whether we finish last‚ it is not going to change anyone's decision‚” captain Ruan Pienaar noted sagely.

“I told the players we have a competition to play in and that we have to stand strong together.

“Of course it will feel great if we play well and give some of the bigger teams a scare. Hopefully we can play the rugby we are capable of and then we'll get the results‚” said the vastly experienced Springbok utility back.

“It is tough times and it is on your mind the whole time. I think when you sit still you think about it but we haven't played rugby for a long time and then realise how much you miss it and being part of a squad and all the banter that goes with it.

“It is about getting over that decision and focusing on and putting up good performances. There is still a lot to play for. We still have the opportunity to do what we love doing and that is the message I've been trying to get across.”

Cheetahs coach Hawies Fourie also pointed to the futility of dwelling on what might have been.

“It won't work for us if we focus on the negative things and if we want to prove something. For us it is about doing well in this competition‚” he said.

“Previously when you don't play you have a lot of other things on your mind. You can get distracted quite easily. Now that you are preparing for a game everyone is a little more focused.

"We don't want to prove anyone wrong. We just want to play as well as we can‚ play as a team and look after each other.”

Although disappointed at the Cheetahs' expulsion from the Pro14‚ Fourie believes the team will now have a truer yardstick by which to measure itself.

“That was one of the negatives for me playing Pro rugby‚ was that you never played full strength South African teams. A lot of our players really want to do that. They can do that now and we can measure ourselves against the four South African franchises.”

Although they kick off proceedings in SRU at home to the Pumas on Saturday‚ they also effectively start their defence of their Currie Cup title. The log points from SRU will be carried over to the Currie Cup which starts next month.

Having played home matches in the South African summer in the Pro14 over the last few seasons‚ the Cheetahs are better prepared than most to cope with the heat and the humidity they are likely to encounter in the Currie Cup from November to January.

“It was one of the difficult things to prepare for in Pro rugby where you train in Bloemfontein in 30-plus degrees and then we go over there [to Europe] and it is four or five degrees‚ wet and rainy.

“The conditions won't be as difficult but at least we are used to training and playing in those hot and humid conditions. That will definitely help us‚” said Fourie.