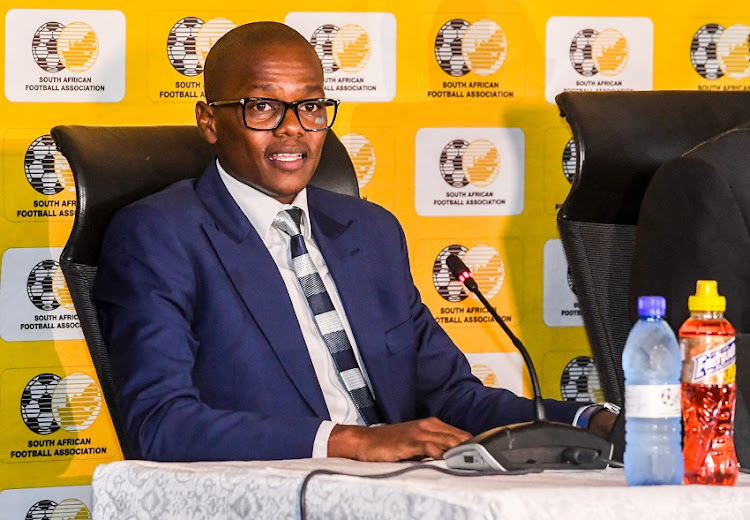 The unknown people targeted Ngwenya when the icy relationship between Safa and the Premier Soccer League (PSL) threatened to prevent the return of football a few weeks ago.

The two organisations disagreed on a date to restart the local game and Ngwenya‚ who was key to Safa's decision to insist on the strict observation of Covid-19 safety protocols before agreeing to resume‚ was viewed as the main stumbling block.

“I understood the deaths threats and I can say that perhaps they were made by people who were receiving information that was not verified‚” he said.

One of Ngwenya's key responsibilities as the Safa compliance officer was to ensure that all the 32 National Soccer League (NSL) teams followed the strict measures set out by the Joint Liaison Committee (JLC).

Professional football returned last weekend with the semifinal of the Nedbank Cup and the GladAfrica Championship. The Absa premiership resumed with the league match between Mamelodi Sundowns and Orlando Pirates that ended goalless at Dobsonville Stadium in Soweto on Tuesday night.

Thulani Ngwenya on the impact of Covid-19, how they prepared for the safe return, receiving death threats and impressing #OrlandoPirates scouts as junior.

“I think people somehow were not getting what I was saying the right way‚" he said.

"I think they were told by a third party where information was distorted and they really did not understand what I was saying. Hence I was seen as the person who was blocking progress and that is why people who love football came out with guns blazing‚ saying 'this is the one who is causing all these problems.' You must remember football is big business.

“But for the people I was sitting with at the JLC‚ they understood because it was a document that was made by all of us. They understood why we had to do it the way we did.”

Ngwenya said there was tension during the deliberations with the PSL and it was emotionally draining at times.

“Yes it was frustrating and emotionally draining because there were a lot of issues. But it had to happen the way it did because we were dealing with an unknown virus.

"This is the new normal and we had to be seriously cautious when rolling out the document for the safe return‚ [so] contestation was expected. I did everything to the best of my ability and for the interest of sport‚ which we love so much in this country.”

Ngwenya said the past few months have been the most challenging of his sports medicine career.

“In my sports medicine career‚ this has been the most strenuous and busiest time. It involved comprehensive consultations because we were dealing with an unknown virus which we didn’t know much about.

"We went to cardiologists because this virus can cause inflammation of the heart muscles and that can expose you to sudden cardiac arrest when you are an elite athlete.

"We also touched base with sports physicians in football‚ rugby and cricket and the chief medical officer of Sascoc.

"It was a comprehensive consultation process and at some meetings we were disagreeing because of the different views. I am happy that at the end of everything we found each other and we came with this comprehensive document that was given the green light by Fifa.”