Bafana captain Hlatshwayo asks his team-mates to focus and concentrate 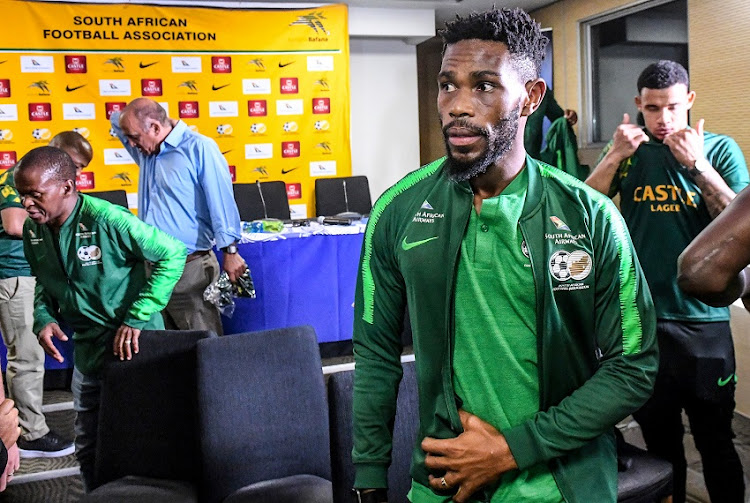 Bafana Bafana captain Thulani Hlatshwayo says the team’s solid performance at the 2019 Africa Cup of Nations (Afcon) gives them confidence that they can compete on an equal footing with a team of the class of Ghana in Cape Coast on Thursday.

Hlatshwayo said Bafana’s ability to match some of Africa’s biggest teams‚ including shocking hosts Egypt in front of a packed Cairo International Stadium in the last-16‚ gives the South Africans confidence going into the in the 2021 Afcon qualifiers.

Bafana kick off their qualifying campaign against Ghana away at the modern‚ 15‚000-seat Cape Coast Stadium‚ then return to meet Sudan at Orlando Stadium on Sunday.

South Africa out-performed Ghana at Egypt 2019 in June and July‚ as the Black Stars exited in the last-16‚ losing on penalties there against semifinalists Tunisia.

Hlatshwayo was asked if Bafana’s solid performances at the Nations Cup has boosted the often fragile national team’s confidence going into the qualifiers for Cameroon 2021.

“Without a doubt‚” the captain said.

“Because when you look at all our games at Afcon‚ when we conceded it was a lack of concentration‚ transition from a set piece‚ not clearing the ball.

“But we managed to contain all those teams‚ as big as they are. And then coming back to beat Mali [2-1 in a friendly last month].

“It’s something that needs to motivate us – beating Egypt‚ conceding in the last minute against Nigeria.

“It’s just concentration levels to prevent such goals. That’s something that we need to work on against Ghana – and make sure that we keep zero.”

Bafana competed on an equal footing‚ if somewhat conservatively in approach‚ with three 2018 Russia World Cup qualifiers at Afcon 2019. They lost in the last three minutes against Morocco‚ beating Egypt 1-0‚ and lost in the final minute against Nigeria in the quarters.

Ghana‚ of course‚ remain every bit as dangerous a combination to Bafana.

They might have exited at an earlier stage at Egypt 2019‚ but unlike SA‚ who scraped into the last-16 as the fourth-best third-placed finishers‚ the Black Stars topped Group F unbeaten from a win and two draws.