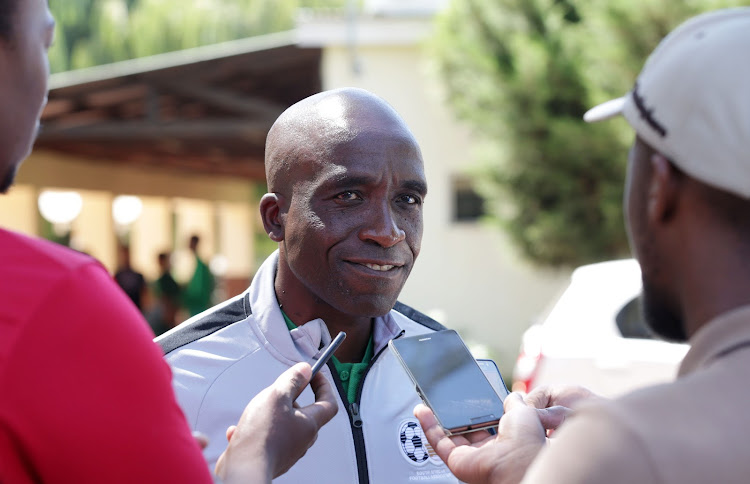 South Africa will open their Africa Under-23 Cup of Nations Group B campaign against Zambia in Cairo on Saturday and will be relieved to get the football under way after a frustrating and shambolic build-up to the continental finals.

Coach David Notoane has only 15 squad members‚ which includes three goalkeepers‚ to select from after some Premier Soccer League clubs withheld players until the start of the Fifa International window on Monday‚ the national cause secondary to their own ambitions.

The tournament is a vital one‚ not just as a continental championship‚ but also a qualifier for the Tokyo 2020 Olympic Games‚ but key players such as Luther Singh‚ Lyle Foster and Teboho Mokoena will not be involved in the crucial opener.

It has not been all smooth sailing for Zambia either‚ though‚ as they will be without three leading players.

Star striker Patson Daka and Enock Mwepu‚ who play for RB Salzburg in Austria‚ and Fashion Sakala of Oostende in Belgium‚ have also not secured their release from their clubs.

“For both teams it has been a big challenge‚” Notoane said. “Naturally we tried to speak to the local clubs to make sure we had the best available players.

“We spoke to the European clubs too – unfortunately some clubs were willing to give their players‚ others not.

“At the moment we have 15 players with us and the rest will join the tournament during the Fifa break. That is how it is.”

The core of these two sides have a long history from Under-20 level‚ with Zambia largely coming out on top.

They beat South Africa in the final of the 2016 Cosafa Cup and in the semifinals of the 2017 African Under-20 Cup of Nations that followed‚ but Notoane believes his players have fast-tracked their careers to a higher level compared to the Zambians.

“It is a very talented Zambia team when everybody is available‚” the coach said.

“The difference between then and now is that at that time‚ a lot of these [South African] players were still developing and graduating into their senior level with their clubs‚ whereas with Zambia many were fully fledged professionals already playing for their teams.

“A lot of our players are now playing for their PSL clubs‚ so the experience level has increased tremendously. That means going into the game‚ we hope to have an edge over Zambia because our league is probably much more competitive [than the Zambian Super League]‚ so the players would have matured.”

Notoane knows that three points would be a massive lift for the team as they seek a semifinal place in the pool that also includes perennial powerhouses Nigeria and Ivory Coast.

“Three points gives you positive momentum for the second game‚ but of course the ultimate goal is to be one of the top three teams to qualify for the Olympics‚ and to win this championship.

“From that point of view it is a very important game. The team with the right hunger‚ desire and mentality will get the result.”

Notoane also hopes that the team visit to Egypt last month for a friendly‚ which they lost 1-0‚ will help them in terms of understanding the conditions they will face.

“In terms of challenges in Egypt‚ there have been zero‚” he said. “The hospitality has been good‚ the training fields have been good. We came to play against Egypt during the previous Fifa break‚ we collected a lot of information in preparation for the tournament.

“Coming here we are familiar with the conditions. We are well-prepared psychologically. We can’t complain‚ it has been a fantastic preparation from Egypt as hosts.”

SA meet Zambia at Al Salam Stadium on the outskirts of Cairo‚ the venue where Bafana Bafana played their three group games in the senior Africa Cup of Nations in June.