AmaZulu coach Vukušič defends Booysen after he scored an own goal 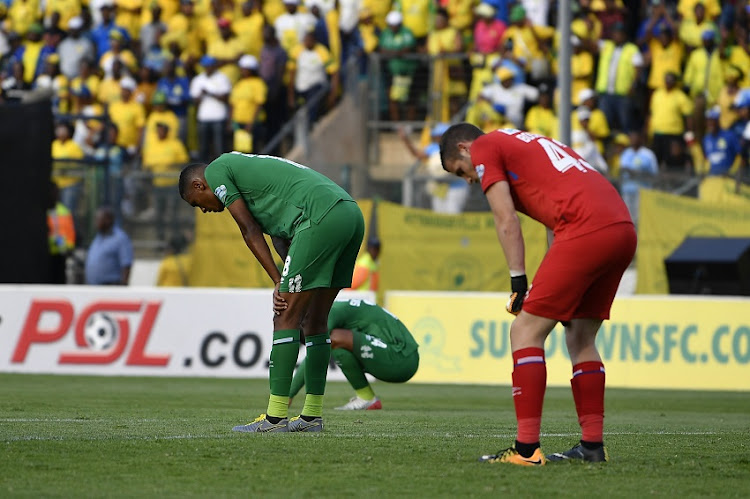 AmaZulu coach Jozef Vukušič has defended Mario Booysen after he scored an own goal in the club's 5-0 humiliation by Mamelodi Sundowns during the Last 12 stage of the Telkom Knockout on Sunday.

Sundowns were leading 1-0 when defender Booysen‚ who had joined the club a few days earlier‚ headed Andile Jali’s aerial pass into his own net after 55 minutes to open the flood gates.

“He scored an own goal against Sundowns but he showed what we expected from him in terms of his general play.

"We know why we signed Mario‚ he is a good player with experience and I am hopeful that he is going to help us going forward‚” said Vukušič.

“It was his first game for us and he found himself in an unlucky situation‚ but we will give him more time to get used to his team-mates.

"Communication between him and the rest of the team was not the best because we have a new goalkeeper and a new centre-back.

"The goal was a result of poor communication but in some situations he showed his quality and he showed that he can be one of our leaders on the pitch.”

Vukušič continued to plead with Usuthu fans to give Booysen a chance to settle down in central defence where he will be playing alongside Tapelo Xoki.

“He has been here with us for a short period of time but I am hopeful that he will bring his experience to our team‚" he said.

"I could see that the younger players tried their best but you need experience - a player like Mario will help us in that regard going forward.

“Sundowns played the best team‚ but our main objective is to solve the situation that we find ourselves in on the standings.

"The results are not good at the moment but I hope that we can build up some momentum in the coming weeks.

"I am not happy with the performance and the result against Sundowns but what I see is that we can still improve.

"Maybe the next game will be positive.”