PSL to employ a pool of prosecutors 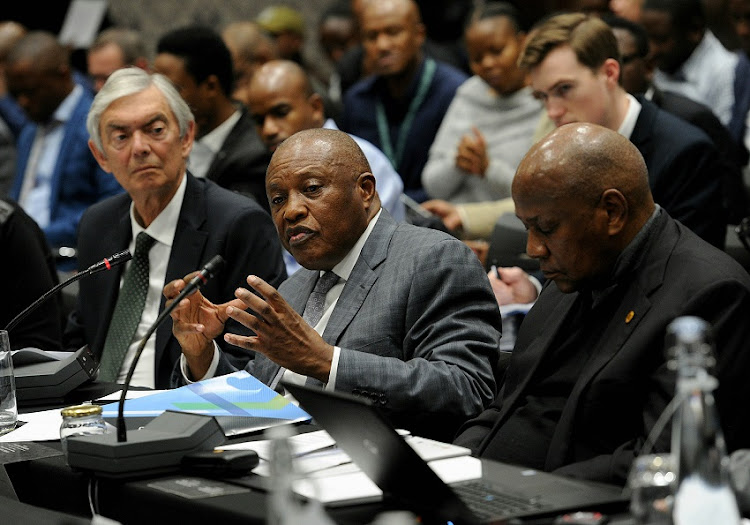 The Premier Soccer League (PSL) have decided they will now have a pool of prosecutors to deal with backlogs and delays in disciplinary cases that have threatened to have an affect on Absa Premiership season outcomes‚ PSL chairman Irvin Khoza has said.

While Khoza explicitly said the league intended to employ a “new” pool of prosecutors‚ he did not want to be drawn on whether this meant that current PSL prosecutor Nande Becker would be replaced.

Khoza said the decision to employ a pool of prosecutors‚ and also of disciplinary committee (DC) chairmen‚ would be discussed at an executive committee (exco) meeting next week.

“The meeting was supposed to have taken place today but because of the Icasa [hearings] we had to postpone that‚ because we thought that would spill over to today‚” Khoza said on Thursday.

“It was a big day for the PSL yesterday to appear at the Icasa because they wanted a lot of information. So the meeting is taking place next week.

“On the question of the prosecutor‚ we have taken a decision on that – there will be a new prosecutor coming.

“And not one prosecutor for that matter. Because we have seen that we need to verify this by making a pool of prosecutors.

“And also a pool of chairmen of the DC to make sure that we don’t just depend on one chairman or one prosecutor‚ or two chairmen.

“We must have enough of a pool. On how many‚ we will make a proper announcement at the press conference [after the exco meeting].”

Khoza had appeared to imply with his statement‚ “there will be a new prosecutor coming”‚ that Becker might be replaced.

However the chairman did not want to confirm or deny that possibility.

Asked to clarify whether what he had said meant that Becker will be on his way out‚ Khoza replied: “No‚ no‚ I am saying that we are having a new pool of prosecutors. So wait for the announcement.”

In 2017-18 “Ndorogate”‚ involving Ajax Cape Town fielding ineligible Tendai Ndoro‚ resulted in the club being relegated‚ with appeals going past the end of the season but eventually having to be abandoned due to promotion-relegation playoffs having to be played.

In the past 2018-19 season a DC case of now-champions Mamelodi Sundowns fielding ineligible Wayne Arendse in a 1-1 league draw against Wits threatened the outcome of the title race.