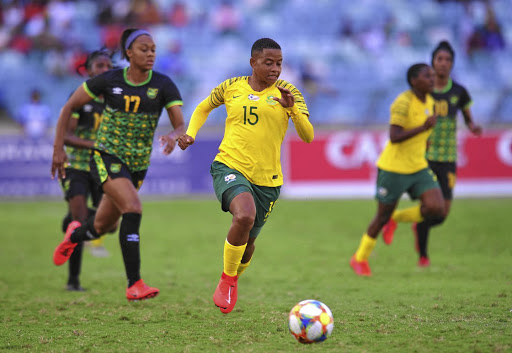 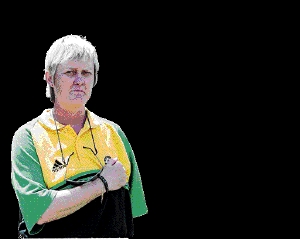 Fran Hilton-Smith is a content woman. Banyana Banyana are off to the 2019 Fifa Women's World Cup in Paris, France, in the next few weeks, and neither the perennial back pain, five painful knee surgeries and the entire replacement of both those same knees matter to Hilton-Smith.

It was all worth it. This moment fulfils her life's work, she says. The well-documented problems in establishing a functioning league or acknowledging women's football sufficiently did not make her back down from working to see women's football weave its own bold thread in the rich tapestry of SA's unravelling story, post sports isolation and apartheid.

"I was over the moon when we qualified. I waited 25 years. For me personally, a dream came true," the 66-year-old said.

Hilton-Smith has served her country as a player, coach, administrator and a member of Fifa. She pauses and ponders a little when asked if she sees the success story of Banyana and the growth of women's football as one of the few success stories in SA.

Whether it mirrors and fulfils the vision of those who took on the fight against oppression and sacrificed for all.

Has it done its part in crafting a platform where all can live a life devoid of strife, poverty and with equal access to education and skill development?

"To be honest, I am just ecstatic for the girls, perhaps I will get a chance to reflect on the path later. "Those days, right after readmission, people had never seen women play football and we faced scepticism. We had no sponsor, one set of kit, people were just not interested. They felt there were more important things to focus on. So for instance, we could not play any big international friendly match," she said.

Banyana pay the penalty in draw with Jamaica

Banyana Banyana wasted a number of opportunities to secure victory as they were held to a 1-1 draw by Jamaica in their friendly international played ...
Sport
1 year ago

"The turning point came when we were playing Nigeria when there was a riot. As questionable as that incident was, it put women's football in the spotlight on the continent, albeit for the wrong reasons."

Small, painstaking inroads followed as Hilton-Smith assumed the role of matriarch, following her appointment to Safa as administrator and then to Fifa. "I got into Fifa and was able to travel and see how other countries operated, and brought the knowledge back home. The game developed, and I count the High Performance Centre as the things I am proudest of."

Along the way also, avenues have opened for a long list of players to ply their trade abroad, from the days of Veronica Phewa and Portia Modise, to the emergence of lightning-rod Thembi Kgatlane, Refiloe Jane and Linda Motlhalo. Some, like Amanda Dlamini, a well-respected commentator and analyst, have chosen the broadcast route, something unheard of before.

The significance of Banyana's qualification with ex-captain Desiree Ellis at the helm cannot be underestimated, but that did not come out of the blue; the structures have provided for former players to earn coaching credentials, and they have been given opportunities.

And Ellis is not the only one, there are 29 women who hold a CAF A License. The women's under 17 coach Simphiwe Dludlu, who has also been to a World Cup with her team is an example of those who went further, and holds a Uefa B licence, among her arsenal.