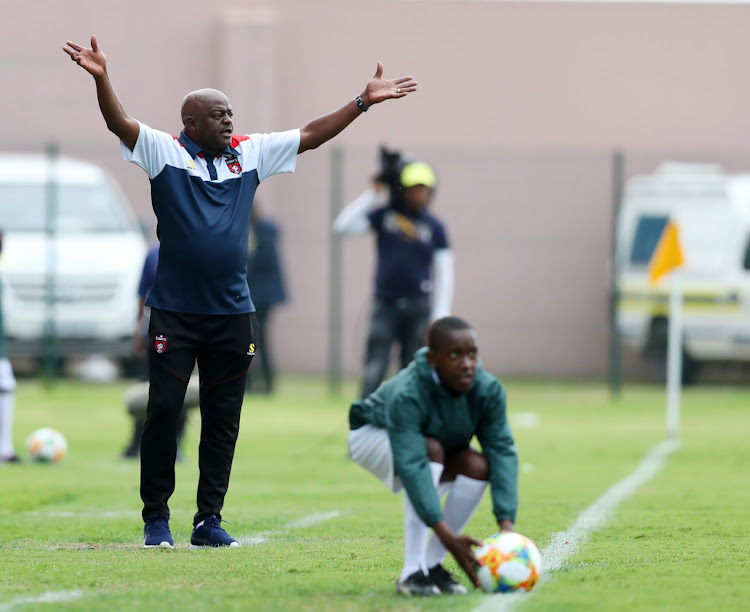 TS Galaxy, the new National First Division team owned by former agent Tim Sukazi, have had a dream birth that will now be crowned by writing their name in the stars in a Nedbank Cup final.

Substitute Zakhele Lepasa scored a second half of extra-time brace as an inspired Galaxy blasted themselves into a cup final by overcoming Lamontville Golden Arrows 3-1 in their back yard in Saturday's semifinal at Sugar Ray Xulu Stadium in Clermont, Durban.

Arrows had appeared to be enough in control, without clearly dominating, and on the path to victory via Knox Mutizwa's 70th-minute penalty.

But Galaxy did not give up and equalised by forcing Sandile Zuke's 93rd-minute own goal. In extra time Lepasa scored in the 107th and 120th.

Arrows had the greater possession and organisation, but struggled to subdue the young, exuberant Galaxy in normal time, who had the greater energy in the added half-hour.

Galaxy were on the back foot, though spoiling effectively enough to barely concede a chance, throughout a first half fought in the midfield.

It took until the 44th minute for anyone to have a shot on goal. Sihle Nduli's clearing header fell to Arrows' Danny Venter, whose strike was well over.

Zimbabwean forward Knox Mutizwa's free-kick struck fairly tamely and collected comfortably by Mpakumpaku in the 58th minute was the first shot on target.

Arrows' PSL-level organisation put Galaxy under pressure. Left-back Tumelo Bodibe's error that led to the decisive penalty seemed to come as a result of this.

Arrows substitute Sanele Mathenjwa was playing away from goal on the left of Galaxy's area when Bodibe clattered into the winger and felled him, prompting referee Luxolo Badi to point to the spot.

Mutizwa stepped up and slotted strongly, low and to the right.

On a breakaway seconds into added time Mutizwa was through all alone and shot onto the right upright.

Galaxy left their fightback late, but profited from it. Tshegofatso Nyama's free-kick seconds into added time was deflected off Arriows defender Libikani Mzava onto his own crossbar.

If Abafana Bes'thende flirted with an own goal on that occasion, they succeeded two minutes later. Arrows cleared a corner as far as Terrence Mashego on the edge of the box, whose header looped innnocuously towards goal, but Zuke got a slight headed touch which beat Mbaeva.

In extra time, the younger Galaxy gained in energy and confidence. In the 107th substitute Zakhele Lepasa played Bodibe in down the right, took the return and beat Mbaeva.

When a ball appeared to go out of play Arrows did not play to then whistle, but that should not take from the class of Lepasa's curling strike from range that made it 3-1.