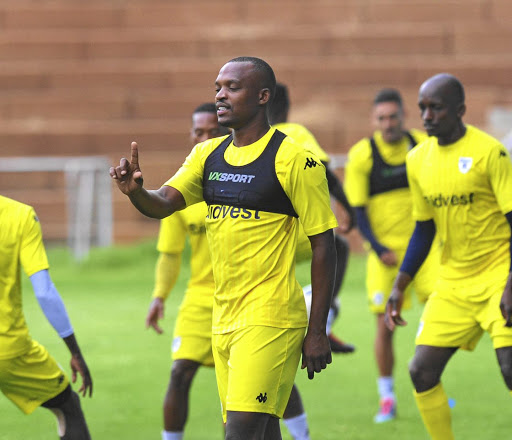 Bidvest Wits striker Gift Motupa will be looking to upset the team he joined and then later abandoned when they play in the Nedbank Cup quarterfinals this weekend.

The university club clash with Chippa United at the Bidvest Stadium on Saturday (8.15pm) for a spot in the semifinals of the R7m cup.

Motupa was the centre of a dramatic transfer at the start of the season after Chippa signed him from Orlando Pirates but he was soon snatched by Wits.

"I never trained with them [Chippa] so it was just on paper that I was part of the club and then Wits came to inquire about me," Motupa said.

"When that happened I just took it as God's plan but I am happy in the end that I am here."

The 24-year-old clarified that he was under contract at Pirates. "Chippa had a certain agreement with Pirates because I was not a free agent because I had a two-year option [for a contract extension] with Pirates," he said.

The unexpected transfer has done wonders for Motupa, who has been among the standout players in the PSL, where he has banged in nine goals.

His name pops up during conversations about the candidates so far for the PSL Footballer of the Season.

The ace from Ga-Chuene, outside Polokwane, has made no secret of his ambition to win the prized accolade at the PSL Awards.

"I have been doing well for my club and if I can offer more than I have now I can win the award," he said.

Motupa did not play in the league match where Wits beat Chippa 2-0. He has explained why he missed the mid-season clash.

"The coach just wanted me to work on a few aspects of my game. That's why I have come back and have been scoring goals."