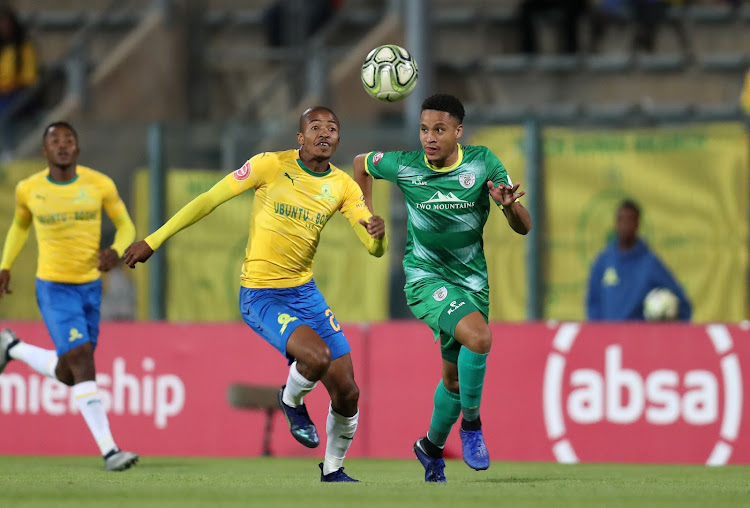 Mamelodi Sundowns and Baroka FC played out to a goalless draw during their lively Absa Premiership encounter at Lucas Moripe Stadium on Tuesday night.

The Brazilians will kick themselves for not pocketing all the three points on offer as they dominated for most parts of the game with captain Hlompho Kekana, Jeremy Brockie and Gaston Sirino missing good scoring chances in the opening half.

As a result of this stalemate, Sundowns have lost ground on pacesetters Orlando Pirates at top of the standings as they are four points adrift even though they will take consolation from the fact that they have three games in hand.

For Baroka, who are still fresh from the Telkom Knockout triumph at the weekend over Pirates in Port Elizabeth, they moved out of the relegation zone but they have some work to do over the coming weeks to refresh their league campaign.

They had their attacking moments in the game with the likes of Talent Chawaphiwa and Goodman Mosele on the forefront while at the same time playing some good football but they did not have enough to trouble the Sundowns defence that was marshalled by impressive Wayne Arendse.

Sundowns coach Pitso Mosimane and his men turn their attention to the Caf Champions League programme where they travel to Libyan side Ahli Benghazi who host them in the first round, first leg clash at the Petro Sport Stadium in Cairo on Sunday.

For Baroka coach Wedson Nyirenda, their next league match is against Bidvest Wits, who they knocked out of the Telkom Knockout at semi-final stage, in Polokwane also on Sunday where they will be looking to get back to winning ways.

In the first half where they dominated, two good scoring chances fell for Kekana but he lacked ideas of getting the better of Baroka goalkeeper Elivis Chipezeze.

Kekana’s chances motivated Sundowns and minutes later Chipezeze was once again called into action by Brockie and he responded well with a diving save.

On the stroke of half time, Sundowns were saved by a Lebohang Maboe who stretched his legs to clear a telling pass by Jemondre Dickens from the right wing which was intended for unmarked Mduduzi Mdantsane in the box.

The two sides continued to attack each other in the second half but there were no goals to celebrate bu both sets of fans as they had to settle for the share of the spoils.